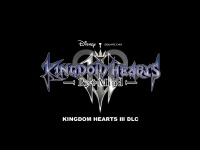 Kingdom Hearts III will be getting another content update for us all this coming winter and we have just a bit of it here just before TGS. I do have to say just a bit as it feels like Square Enix is holding a lot back here while still telling us something is coming. Not that we really did not know this in the first place given the purchase options for Kingdom Hearts III, but it is nice to know about when and what will be coming to the game here soon. Soon being in the next few months. We will most likely get a solid date or timeline out of the upcoming convention, as long as they want to make sense of it all.

So, what will be coming to Kingdom Hearts III in this new DLC? Well, it looks like that is a bit vague too. A new episode to the story of the game with new obstacles and bosses to fight in the game. The trailer here kind of focuses on things we have seen before so it is kind of hard to tell. Again, this could all be saved for a larger announcement for Kingdom Hearts III out of TGS, but we have a trailer to try to give us a feel for it all. Have a look at what we have here and see if you can piece more together as we head forward. I am going to guess not much based on all of this right now.

Ahead of the Tokyo Game Show, Square Enix gave Keyblade wielders an early look at new DLC coming to Kingdom Hearts III titled, “Re Mind”. This winter, players can experience a new episode as they continue their adventure in the beloved action-RPG series, encountering new obstacles and bosses to battle.

In the upcoming DLC, players travel to a familiar realm and encounter powerful new bosses. In some of the additional battles, players will be able to switch characters. Players can also obtain additional Keyblades by downloading the free update.

Are you shocked to find out about this DLC for Kingdom Hearts III or did you know it was coming for a while now? What do you think is going to solidly be added to the game or will it be going through similar areas with just new encounters? What new did you spy in the above trailer that most may have missed? Let us all know that and more in the comments. As we find out more for this DLC and Kingdom Hearts III in general, we will update you all here. Just be sure to keep checking in for all of that and for everything gaming in general.