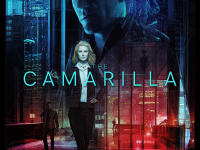 The second faction coming to Vampire: The Masquerade — Bloodlines 2 is revealed and it is one that we all knew would be running around in Bloodlines 2

It a not so surprising turn, we have the next major faction announcement for Vampire: The Masquerade — Bloodlines 2 and it is The Camarilla. I am sure you got that all from the headline here and did not need to read it all again. Either way, Hardsuit Labs is making sure the faction has its roots in Seattle, as they should, and will be interacting with us as we fight our way through the streets of Bloodlines 2. There has been precedence set for them to be in the mix for quite some time now and we all have the official word. The Ivory Tower now has its place…

In the tabletop, for those who do not know, this has always been one of the main factions and it was a bit surprising that it was not the first one listed for Bloodlines 2 when the news first started to flow. They uphold the illusion that vampires do not exist and they do it by running the streets and world from behind the scenes. For obvious reasons, this is why they are a huge faction in a world where secrecy is needed. They run it and the cities, mostly. The same case, for now, can be said that it will be this way in Bloodlines 2. Here is a full breakdown for what they will bring. Seattle is home to a technology industry and business community both incredibly profitable and the Camarilla certainly benefited. Led by Prince the Cross, in the last 20 years, this faction has helped promote this community and lead the financial success of the city in the 21st century. Deeply rooted in the business community of Seattle, the Camarilla count in its ranks CEOs, tycoons of the software, bankers, venture capitalists, politicians, and other members of the elite of the society. This is a faction of Kindred which imposes its influence not only in the narrow alleys of dark streets, but also in the meeting rooms of the great skyscrapers of the city.

“Contrary to what you might think, I enjoy having enemies. It makes me… careful — keeps me creative. There's not much of a future for complacent rulers.” — Alec Cross

This is in part due to the rules of equity, the business sense, and organizational skills to Prince Cross. The Prince is skilled in forging alliances important, but also in knowing how much power to give to the vampires to keep them at ease, but unable to rebel against him. A ruler who prefers negotiations and careful strategy than brute force and violence, its policy is based on stability, prosperity, and the maintenance of the Masquerade. At this point, keeping control is the main goal for Prince Cross and the Camarilla. While other communities of Kindred have suffered in other cities in the last ten years, Prince Cross has helped the vampires of Seattle to thrive. If the Prince manages to keep the pace and to gain a greater foothold in the power structure of the city, could capture the attention of older people in the upper echelons of the Camarilla.

Did you expect this to be the first main faction in Vampire: The Masquerade — Bloodlines 2 announced or are you taken back that they were the second? Do you think this could mean that they do not play as big of a role in the world or just how the timing went? What other factions do you suspect we will see along the way here and will it be one of the better ones? Let us all know down in the comments and then feel free to discuss. As more for Bloodlines 2 gets out there, we will have it on the site for you. Be sure to keep checking in for all of that and much more.