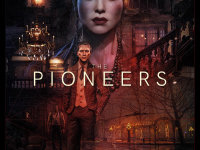 Vampire: The Masquerade — Bloodlines 2’s factions are flowing out to let us know of the power players in Bloodlines 2

Just on the heels of the big Gamescom gameplay for Vampire: The Masquerade — Bloodlines 2, we have yet another new bit of information flowing out there for us all. In fact, it feels like something that Hardsuit Labs tried to do more on the sly than making a bigger deal about. Maybe to keep things obfuscated a bit from the rest of the world or maybe just something for those diehard Bloodlines 2 fans out there that happen to be paying close attention to things. As of now, it looks like they are starting to release a bit of information on the vampiric 'factions' that are in control of Seattle…

These happen to be vastly different than the core factions we know from Vampire: The Masquerade that will be showing up in Bloodlines 2. That is, there are five vampiric "families" that control everything in the game's world and we have the first one here. Fans of the franchise would most likely know them better as coteries, but that is just phrasing at this point. None the less, we have the first look at The Pioneers. This would be the first of the vampire groups that showed up in Bloodlines 2's version of Seattle. If I had to guess, they would be one of the founders to keep things running correctly here. I may be wrong… The Pioneers were among the first to settle and rule Seattle. Led by Lou Grand, the longest-reigning prince of the area, their control over the city has weakened in recent years. They are a collection of individuals from different clans, unified by an idealistic notion of Seattle as the last frontier, a city without a centuries-old power structure and a place where they could shape their own future.

“We made this city and we will never let anyone forget that,” — Lou Grand.

The Pioneers are passionate and have a strong independent spirit, but they refuse to identify with the hot-headed Anarchs. While the Pioneers dream of ruling the city again, they have been forced to accept another’s rules. In exchange, the remaining Pioneers have been allowed to keep control over some minor parts of Seattle.

Do you find it off that they are going with this kind of structure for Bloodlines 2 or will there be a better reason for all of this? Could this be a different version of it all and we are eschewing some of the old world terms? What do you think the other factions will be comprised of and will they be vampires of various clans or all the same ones? Let us have all of those thoughts down in the comments and then feel free to discuss. I am sure we will have more on all of this coming soon for Vampire: The Masquerade — Bloodlines 2, and when we do it will be updated here. Be sure to keep checking back in for all of that and much more for the game.