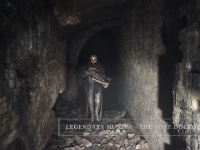 The hunt is on as Hunt: Showdown is fully launching on Steam and leaving its early access phase. Something we all knew was coming as Crytek has been nothing but upfront about all of this and all we are waiting on is the word on when it will fully be on the Xbox One and PS4 at this point. But, if you are looking to get fully in on Hunt: Showdown, today is the day and we have a nice new trailer to look at to help seal those outliers just a bit more. Have a look at that and see if you are ready. If you have been playing for a bit, though, we have another update just for you.

In addition to Hunt: Showdown getting its full launch, we have a look at the first DLC coming to the game. You can pick up Legends Of The Bayou for $9.99 USD now or opt to go in on the bigger bundle of the full game and the DLC for $44.99 on Steam. It should also be the same when Hunt: Showdown hits the other platforms, but this is how it is for now. All so you can add in two new Legendary Hunters, two new weapons, and 500 Blood Bonds. You can see all of that in motion just a bit lower down so you can make a better choice in your life.

Hunt: Showdown is now out on Steam!

Savage, nightmarish monsters roam the Louisiana swamps, and you are part of a group of rugged bounty hunters bound to rid the world of their ghastly presence. Banish these creatures from our world, and you will be paid generously—and given the chance to buy more gruesome and powerful weapons. Fail, and death will strip you of both character and gear. Your experience, however, remains in your pool of hunters—called your Bloodline—always.

Hunt: Showdown — Legends Of The Bayou

The "Legends of the Bayou" DLC plunges deep into the bayou’s dark heart to bring players two new Legendary Hunter characters, two unique weapons, and 500 Blood Bonds. Stepping out of the shadows are two formidable Legendary Hunters—the Bone Doctor and the Weird Sister—as well as the Legendary Copperhead, a Nagant M1895 named for the ubiquitous indigenous snake. Players who already own the game can purchase the DLC alone for $9.99.

Are you fully ready to dive into Hunt: Showdown here or has it been such a slow burn that you have waved it off for now? When do you think that all of this will come to the consoles completely or will the game be too far along by then that is will matter? Do you like what we are getting here for the DLC here or is the price a bit high for what we are getting here? Let us all know down in the comments and then feel free to discuss. We will have more for Hunt: Showdown, certainly, and when we do we will have it all here for you. Just be sure to keep checking in for all of that and more.