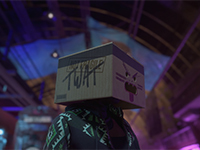 Things are better described for Watch Dogs: Legion and the ability to play as anyone in the newer world coming for the Watch Dogs universe

The news keeps rolling out of Gamescom and now we have a bit more for Watch Dogs: Legion and on how we will be able to play as anyone that we see in the game. That is at least the notion that Ubisoft has thrown out to us so far. We have seen it in a lot of the promotional videos we have seen to date and now we have a better explanation on just how that will be. Also, some news on just how different each of the characters will be as we recruit them in and take control of their lives. Take control as in the player of the game and not the ways that it usually goes in Watch Dogs. That should be made a bit clearer before we head onward here.

As it has been explained, each of the characters in Watch Dogs: Legion will have their own story and mission required to bring them on board with our shenanigans. Some are fairly straightforward and others a little more involved. No matter the case, it will lead us to have a new character added in with their own perks and drawbacks. Some have different requirements to institute, like drinking before damage reduction comes in, and others that we just need to watch. Like the drawback for one of the other elderly characters in Watch Dogs: Legion where they may just randomly die for no reason. Mixed with the permadeath in the game, that is one massive drawback to have.

Have a look at the new breakdown for Watch Dogs: Legion and then get ready for more news to flow as we wait for March 6th to roll up on us next year.

When everyone is playable, it’s important to recruit wisely.

Each character in the city of London has their own unique abilities and skills that can help you bring the power back into the hands of the people. Recruit your own unique team with their own personalities, backstories, and perks. Play as anyone and bring your characters to life with four-player co-op missions, events, and end-game challenges.

Does this all better explain how the play as anyone mechanic will work in Watch Dogs: Legion or do you still have a lot of questions? Do you like that some of the perks will always be on while others will need some kind of trigger? How about that whole randomly dying drawback we see that will be in there? Let us all know down in the comments and then feel free to discuss. When we have more for Watch Dogs: Legion, we will add it all to the site for you. Just be sure to keep checking back in for all of that and more. We know there will be a whole lot more to come.