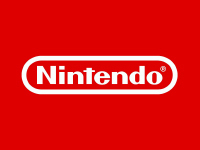 Almost a little late to the game, pun intended, it looks like Nintendo will be back at SDCC again with their gaming lounge and many other activities going on. Some out there were getting a bit worried that they would be skipping this year as there has been no word, but today we now have confirmation. Just a day before the convention kicks right off. Way to build up some suspense for us all Nintendo. Better late than never though. Just what will they be bringing this time may be where you are now that you know.

Given that Ultimate Alliance 3 will be launching the Friday of SDCC, it makes perfect sense that Nintendo will be showing that bad boy off and hosting a few contests for it. There will also be stations and special things for Super Mario Maker 2, Pokémon Sword/Shield, and Luigi’s Mansion 3. At least for the fans that want to queue up and spend a good chunk of time at Nintendo's off-site event. Thankfully it is not that far from the main floor so it will be a quick back and forth for those fans. Especially those that want to pick up some of the special collectibles that will be out there too.

Nintendo is headed to SDCC for a few days of fun, sun and Nintendo Switch gaming. During the July 18-21 show, Nintendo’s booth at the San Diego Convention Center will focus exclusively on the Marvel Ultimate Alliance 3: The Black Order game, which launches during the show on July 19 exclusively for the Nintendo Switch system. But to access even more games, Nintendo also encourages fans of all ages to visit the Nintendo Gaming Lounge in the San Diego Marriott Marquis & Marina at 333 W. Harbor Drive, directly adjacent to the San Diego Convention Center. Access to the lounge is free and open to everyone.

At the Nintendo Gaming Lounge in the San Diego Marriott Marquis & Marina, Nintendo Switch games scheduled to be playable include Pokémon Sword, Pokémon Shield, Luigi’s Mansion 3, The Legend Of Zelda: Link’s Awakening, Super Mario Maker 2, Marvel Ultimate Alliance 3: The Black Order, and Cadence Of Hyrule: Crypt Of The NecroDancer Featuring The Legend of Zelda. Not only will Marvel Ultimate Alliance 3: The Black Order be playable at the convention center, but the game will be featured in the Marvel Games panel taking place at 1:30 p.m. on Thursday, July 18, in Hall H.

Over at the Mattel booth in the convention center, fans can check out the all-new Hot Wheels Mario Kart die-cast vehicles and tracksets. Attendees can also purchase a San Diego Comic-Con exclusive item: a Metal Mario die-cast car and glider. Best of all, the purchase may contain a surprise! One out of every 10 vehicles sold will be a special Gold Mario! The vehicles will be sold exclusively at the Mattel booth for $20 while supplies last.

Other goodies and activities that visitors might encounter in the Nintendo Gaming Lounge include:

Were you worried that Nintendo was going to skip SDCC this year or did you think it was just a matter of time for the announcement? Do you think there will be more going on than announced here given Ultimate Alliance 3's launch? What part of all of this are you looking forward to the most or will you just be nerding out for all things Nintendo in general? Let us all know down in the comments and then discuss. Or join us all out at SDCC this year as we will be all over the ground covering as much as we can.