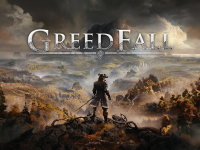 If you are one of the eager ones waiting for GreedFall to come to us on the PS4, Xbox One, or PC and only had September as the release date written down, get ready to add to that entry. As it looks, Spiders has been able to get the game to a place that they want and have now set down the final release date for the game. It is still in September and not near the end of the month as is usually the case. Get ready for GreedFall to now hit us all on September 10th for all of the platforms mentioned just before all of this. Happy days indeed for those looking for this title to come.

There is, sadly, not much else to say about GreedFall at this point as this announcement seemed to just pop up on the game's website and not in any other capacity or with new visuals. That is why we will include the most recent story trailer for GreedFall that we all had out of E3 this year. It gives us a bit more to go on for the game, so there is at least that. If you have been following along, though, then it is all the same thing you have seen quite a bit already. At least we have a date to look at now.

GreedFall announces September 10 release date with swashbuckling new trailer GreedFall, the latest RPG from Spiders studio, invites you to forge your destiny on the uncharted island of Teer Fradee, when the game releases September 10 on PlayStation 4, Xbox One, and PC. Today, get a glimpse of its world, characters and secrets in the Release Date Announcement Trailer.

The old world is dying, and its weary population is plagued by a seemingly unstoppable disease. The only glimmer of hope lies in rumors that a cure may be found on the recently discovered island of Teer Fradee. Joining your cousin, governor Constantin D’Orsay, along with various factions with their own directives and hidden agendas, journey into a new world seeping with magic. Will you align yourself with one of the new colonies, or join the natives in their struggle for liberty?

Player freedom and choice are core to GreedFall, as your decisions will build friendships, break alliances, diffuse conflicts and shape the future of the island. Exploring a brave new frontier, your search for lost secrets will rely on more than just skill in combat. Everything, whether a dialogue option, choosing a stealthy approach, or even your choice of companion in a given situation may alter the outcome.

Did you expect GreedFall to fall this early in the month or did you think it was going to be late September from the last announcement? Do you think this time is going to help the game or will it hurt it with the other titles dropping around the same time? Have you been keeping a close eye on the game before now or have you just found out about it here? Let us all know down in the comments and then feel free to discuss. When there is more to share for GreedFall, we will share it all here. Just be sure to keep coming back for all of that.