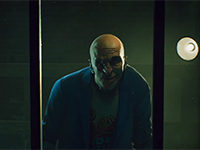 The first real gameplay for Vampire: The Masquerade — Bloodlines 2 is finally here and we can see just how combat and dialog will work in Bloodlines 2

The teasing is finally over and we have some real gameplay for Vampire: The Masquerade — Bloodlines 2 to look at to get us all ready for the game. Sure, we have seen some of it all in the past during the short trailers Hardsuit Labs has released out there, but now we have some true gameplay to take in. Before you scoff, this is more than the little bit that was shown during the PC Gaming event out at E3, but a nice and longer look at Bloodlines 2 with a bit of a mission or quest in the game. The basics of it as there will be a lot of diverging paths and options we can go with when playing the game. There should be all kinds of options in it to keep true to what the team has been aiming for.

This new footage is a mix of it all but does not look like it goes down the path of any one specific clan in Bloodlines 2. There are little bits for each of them if you look closely, but we do get to see some of the blood magic and other basics of the Thinbloods in the world. All while hunting down a Nosferatu in Seattle to progress and impress the selected faction. Something that sounds like it could have more than the two we have been told of, but we are still only seeing those in this Bloodlines 2 footage. I am curious to see if that will all factor into the dialog choices we have here and if we can "accidentally" run a Sabbat character through our choices. There has yet to be a true word on how Humanity will work in the game.

Vampire: The Masquerade — Bloodlines 2 is the successor to the cult-classic Vampire: The Masquerade — Bloodlines and features reactive storytelling, fast-paced combat, and compelling characters with their own hidden motives. Created in an act of vampiric insurrection, players start the game as a fledgling Thinblood whose existence ignites a war among the vampire factions in Seattle. To survive in vampire society, players will enter into uneasy alliances with Seattle’s factions and join one of the full-blood vampire clans while stalking the city streets for prey, maneuvering complex political relationships, and balancing the need for blood against their withering humanity.

Was this gameplay for Bloodlines 2 all that you were hoping it would be or was it too little for the tease it could have been? Do you think we will be forced down a specific path in the dialog due to the story or can we diverge and go down darker paths earlier than later? How would you handle the situation we are presented here and would you try to save this creature? Let us all know down in the comments and then feel free to discuss. When we have more for Vampire: The Masquerade — Bloodlines 2, we will share it all here. Just be sure to keep checking back in for all of that as we march ever forward.