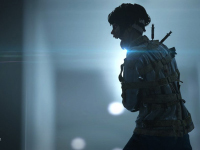 We are quickly coming to the end of May and some of you out there may still be questioning when that DLC for World War Z was going to hit us all. It was stated we should be playing the new Tokyo location and many other things by now and some of us are still looking for Saber Interactive to bring it along. Fear not, as we now know that we will see that mission and many other updates coming to World War Z for free on June 3rd. Just outside of the original proposed "sometime in May," but still not too far off to be upset about. It is free DLC and something to keep the game living much longer than the undead within.

Even though it seems a bit delayed, it looks like there is a bit more coming to this update for World War Z than previously thought. Specifically, a FOV slider and private lobbies to set up and play with. How that will all work in World War Z is still to be defined, but it is more than the Tokyo mission and new zombie that is being thrown in there. A zombie that you can get a nice little tease for by just looking a little bit lower at the update for this DLC. Have a look and speculate on just what it will bring to the game.

If you were wondering on what was originally stated to be coming to World War Z with this update, here is a longer and more detailed list. None of the other items were mentioned in the update for it all, but I have a feeling it will all make it in by the time June 3rd rolls around. I mean, the rest of it is one the easier side to implement and design. Although, given that the FOV slider and private lobbies were planned further down the road, this roadmap may be a bit off for us to go by the letter of. Either way, we have more on the way. Saber Interactive, in partnership with Focus Home Interactive, has announced the first phase in its post-launch content roadmap for World War Z, the action-packed co-op shooter inspired by Paramount Pictures’ blockbuster film. After celebrating more than 1 million units sold in its first week of launch on PlayStation 4, Xbox One, and Windows PC via the Epic Games Store, the World War Z team is moving forward to deliver new gameplay, features and improvements to the game month to month.

In May, a brand-new mission set in Tokyo will drop alongside a terrifying zombie type that spits a deadly virus and can resurrect if not properly dispatched. June will bring a new six-skull difficulty setting with a unique reward, as well as bonus cosmetics and more. And in July, players can discover the new Weekly Challenge mode, plus additional cosmetics and other goodies.

Other major upgrades in development for further free updates include a wave-based survival mode, private lobbies, the ability to switch classes during PvPvZ matches, field of view (FOV) and level of detail sliders on PC, and more.

Did you have a feeling we would be seeing some of these updates in June instead of May for World War Z, or did you have your heart set on them earlier? Do you think that things were shifted from the original announcement to give players more of what they wanted or are the two extras just nice things that were done early? Does any of that matter and you just want more to play in the game's world? Let us all know down in the comments and then feel free to discuss. For more on World War Z as it is out there, be sure to keep checking in here. We will add it all to the site as soon as we can.