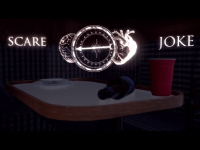 It is finally here and we have a release date for Supermassive Games' next title Man Of Medan. I had a feeling we were going to have to wait until at least October for this first part of the anthology to drop, but it looks like it will be joining other titles from Bandai Namco and dropping in August. Yes, we can now look to see Man Of Medan on August 30th for the PS4, Xbox One, and PC. PC being in a digital form while it looks like the other platforms will be getting an actual physical release. That is how I read it all here. Either way, we have a release date and a new look at the choices we will make in the game.

As is the case with all games now, we can start to pre-order Man Of Medan right now to secure our copy of this title. Here is where things get a little weird for the pre-order bonuses as it sounds like we are getting things that have been cut from the full game, The Curator’s Cut makes it sound that way, but it sounds a bit trickier than that. In fact, this bonus will give you access to new paths and perspectives of scenes in Man Of Medan but it also sounds like things were cut from the game to boost pre-orders. The reason for this being that all of these bonuses will come to everyone free at a later date. Therefore, you will be paying for the true full game with pre-order and not getting anything truly unique for your excitement.

Bandai Namco Entertainment Europe and Supermassive Games are pleased to confirm the first installment in The Dark Pictures — Man Of Medan will be released on 30th August 2019 for PlayStation 4, Xbox One, and PC Digital.

Man Of Medan is also available to pre-order from today at participating retailers — with players that do gaining exclusive Day 1 access to The Curator’s Cut — an alternative path from a new perspective. Unlocked after completing the game once, The Curator’s Cut (which will be made available for free to all players at a later date) provides:

Did you expect to see Man Of Medan drop so soon or does it make sense to get out there before October when horror reigns? Do these pre-order bonuses make sense or do you agree that it sounds like things were cut from the game to boost pre-sales? Do you think this is a bad sign for the game or a sneaky way to get more players interested? Let us all know down in the comments and then feel free to discuss. When we have more to update for Man Of Medan, we will do it here. Just be sure to keep checking back in for all of that in the coming weeks.