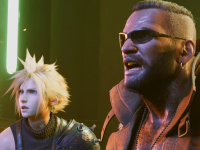 It has been so long since we last saw anything for the Final Fantasy VII Remake and we were all treated to a new look at the game during the PlayStation State of Play stream yesterday. Maybe you caught it or maybe you missed it, nonetheless, we are here to give you a look at the game yet again and just where Square Enix may have brought the game to. Something that I am sure all of the fans of Final Fantasy VII will fully enjoy as we are seeing some next-level visuals and the integration of the real-time combat we have experienced in all of the more recent titles in the franchise. Not only that, but a new look at all of the characters breaking minds as they did when the game first showed up on the PS2.

I am sure you have just skipped along to the trailer here, so I'll continue my thoughts after the video. Enjoy the new look at the Final Fantasy VII Remake.

Key staff from the original release have come together to bring you Final Fantasy VII Remake. With its epic story, captivating characters, and cutting edge technology that defined an era, the beloved classic that won the hearts of many is finally ready to be reborn.

I will say that this new look and feel for the game is doing for me what the original Final Fantasy VII did so long ago. It was the first time that the franchise went 3D back when the visuals of video games would be considered crap, and here we are seeing it do just the same level of insanity from back then. I am seeing film level visuals for not only the cutscenes but also the combat and general gameplay here. Not only that, but just seeing Aerith back on the screen as she was brought the feelings all flooding back. I am not sure if I am ready for that again. Maybe this Final Fantasy VII will change up her fate or allow that internet rumor to actually be true this time around. Even if it all served the story insanely well.

How are you feeling about this new look for Final Fantasy VII and are you having the same feelings I am for this game? Do you think that we will get to see the story play out a bit different than before or will some scenes need to play out the same to keep the same story? How are you feeling about the character designs here and do you think that some of them need changing? Let us all know down in the comments and then feel free to discuss. For more on the Final Fantasy VII Remake, be sure to keep coming back here. We will keep all the updates flowing out there as best we can. We know we will have more this coming June…