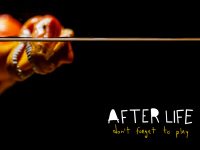 A little while back we heard of a new interactive VR film called Afterlife and it piqued our interests even though it did not sound like a game at first. It, more or less, sounded like another film being placed out there in the VR realm from Signal Space Lab and that we would sit as a passive observer to a very grim and dark story. Something that is definitely right in the middle of my tastes even if it did not sound like a true game. It looks like things are shifting for Afterlife, though, as we have a new trailer to take a peek at to give a sense of how we will be interacting with it all as well as when to look for it. That would be in May of this year for it to start filtering out there to the various VR platforms.

What it does look like will be happening in Afterlife will be that we will have set pieces around the home we are in that we can mess with. It looks like it will be something along the lines of ghostly presence on our part based on what we can see in this trailer. Not to a poltergeist level of things, at least not yet, but in a way that can alter the flow of the FMV style gameplay here. Given that things will be going on all over for us in Afterlife, we will need to pay extremely close attention to everything. Have a look just below to see the latest for it all and see if it will have you back in the virtual space soon.

It can be uncomfortable. It can be tough. But it can also be moving, touching, and deeply meaningful; like an invitation to be present in life.

Signal Space Lab, the award-winning multimedia studio, is proud to present Afterlife for virtual reality, smartphone, and tablet devices. Afterlife is an interactive VR experience like none other. Entirely new technology was developed to film the live-action story, one that takes the audience through branching narratives that weave seamlessly in and out between storylines.

Following the death of a close family member, we experience Afterlife through the eyes of a young child. The audience uncovers their own version of the story, as they interact with objects and follow characters simply by sight.

Afterlife is set to release in May, 2019 on Oculus Rift, Oculus Go, GearVR, Steam, HTC Vive, PlayStation VR, and for mobile devices on iOS and Android. Part 1 of 3 will be free to try out, and the complete experience will be $9.99 USD.

What are your thoughts on Afterlife after seeing the latest we have here? Do you think this will be just a gimmick to show off this story in a new way or will it be the next evolution in interactive storytelling? Do you think we will be able to shift from the sad story into a horror story along the way or will it stick to the grim nature presented here and stick to it? Let us all know down in the comments and then feel free to discuss. For more on Afterlife, be sure to keep checking in here. We will keep all of the news and updates coming at you as best that we can.