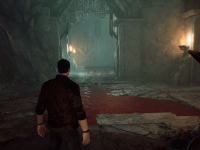 Just in case you missed the mentions above, we have some new gameplay to look at for Devil’s Hunt fresh from PAX East. It has been a hot minute since we have seen anything from Layopi Games for this one, but now we have it. A nice nineteen-minute demo that was out there at the event for all to take in. At least if you had a chance to swing by and see Devil’s Hunt in the middle of the hustle and bustle of the event and all of the other announcements that were popping off out there. There was a whole lot going on out there so there is a bit of forgiveness here for you and why we have this new video to take in.

I will say that Devil’s Hunt does look and feel a bit like God Of War meets Dante’s Inferno in the basics of it all. This could just be how the basic combat looks and feels as it is a whole lot of punch with a few cinematic slowdowns to show sweet demon skull crushing. I am sure that it will play a bit different when all is said and done, but that is my hot take as of right now. It is also a bit off to see the world and enemies have a bit more definition to them while the protagonist feels a bit downgraded. This is still an early version of Devil’s Hunt so that should change. It just does not mean it feels right as of now.

This demo was prepared specially for GDC and PAX: East 2019. Look at Desmond’s skills, some of his enemies and the way he's kicking their demon butts! Keep in mind, that it’s not final look of the game and work is still in progress!

The war between Demons and Angels takes you to hell and back in this third-person action game. You are Desmond, the one man with demonic powers who can decide the fate of our world by joining either side of the conflict.

What are your thoughts on Devil’s Hunt based on this new gameplay footage here? Do you agree that it looks the like those other titles I mentioned or does it look more original than that? Is it also weird to see the difference in visuals between the protagonist and all of the rest of the visuals? Let us all know down in the comments and then feel free to discuss. When we have more for Devil’s Hunt, we will share it all here. All you have to do is keep venturing back into the site. We will try to make sure you are not letdown at all.