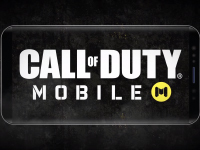 It is announced that Call Of Duty: Mobile is going to be a thing and will bring some of the Call Of Duty gameplay to our devices soon

It is finally coming, as Activision has announced that Call Of Duty: Mobile is going to be a thing and that it is on its way soon. You did indeed read that correctly. There is now a mobile version of one of the most famous shooters coming to the iOS and Android devices all over the world. All for free and with so many of the console and PC maps and weapons as possible. Call Of Duty: Mobile is still a mobile game, so it will not be the same level we have grown to see over the years but at least it is something. At least if you need a break from the sit-at-home style of the game. That or just enjoy taking games on the move with you.

Not much is explained out for Call Of Duty: Mobile outside of the basics. It will have all of those multiplayer modes out there and maps we have known over the years, as well as all of the characters and weapons we may want to use. Not too shabby for a free-to-play game on mobile devices. This is not here to replace the full Call Of Duty title to take in, so take that in before passing judgment. Now you can sit back and enjoy the first teaser trailer for the game just below. Then get ready to wait for the bit until it launches or pre-register for the game on your device as of right now. It should be worth at least a download for a few days at a minimum.

Activision in collaboration with Tencent today announced that Call Of Duty: Mobile is coming to previously unannounced regions, including North America, South America, Europe, and more. Call Of Duty: Mobile is a new free-to-play game that brings together maps, modes, weapons, and characters from across the Call Of Duty franchise, including Black Ops and the Modern Warfare series. Developed by Tencent’s award-winning Timi studio, exclusively for Android and iOS, the game features multiple game modes pitting players in head-to-head, competitive action as they test their skills against players all around the world.

In Call Of Duty: Mobile, players will experience the fluid, first-person combat of Call Of Duty, fighting head-to-head in fan-favorite modes such as Team Deathmatch, Search and Destroy and Free-For-All, in iconic maps from the series such as Nuketown, Crash, Hijacked and more. Along the way, players will earn and unlock classic Call Of Duty characters, weapons, scorestreaks, and other gear to equip and customize their loadouts as they battle to be among the best in the world.

Were you hoping to finally see a Call Of Duty: Mobile to come to market or do you think this is just to string us along a bit until the next major announcement? Do you think it will play like the basic versions of the game or will it stick closer to the traditional mobile titles that go this route? Could this be a lead-in for their next major title to come out or will it stay as its own thing forever? Let us all know down in the comments and then discuss. There will be more on this Call Of Duty: Mobile as we wait for it to come out and I will have it all here. Just keep checking back.