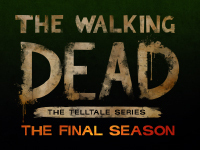 We all knew it was coming and now we know when The Walking Dead: The Final Season will be coming to an end and closing out Clem's story. It has been one rollercoaster of a ride in the game and out of the game to see where Skybound was going to take all of this. Now we know when we will see the end of this part of The Walking Dead as the release date for the final episode is now set. It looks like March 26th will be that day that will start all of those tears flowing for fans of the game on the PS4, Xbox One, Switch, and PC. Time to buy stock in tissue companies…

In addition to the release date for this episode of The Walking Dead, it also looks like we are getting the usual physical edition of the game at the same time. At least for those gamers on the PS4, Xbox One, or Switch. It will house all of the episodes for this season in a physical form and that is about it. You know, for those who have been holding out until then to give the season a go as well as want to collect more of the physical copies of our video games out there. All before the inevitable physical release of all of The Walking Dead games in one box. It is generally how these things go even if there is no announcement on that as of yet. Just speculation. It’s hard to believe Clem’s journey is coming to an end. Just like you guys, we’re struggling to grasp the fact that the journey is almost over. But we’re so ready and thankful to have all of you alongside us as the story comes to a dramatic close. As you play through Broken Toys, the recently released Episode 3 of The Final Season of Telltale’s The Walking Dead, we’re preparing for the concluding episode of the series and have some news to share…

We’re excited to announce that when Episode 4, Take Us Back, launches on March 26th, we’ll be releasing a physical boxed edition that includes the entire Final Season for Xbox One, PS4, and Switch. This version will be available at all major retailers, including right here in the Skybound Shop. So, for fans looking for a great gift to give, or to actually hold the final chapters of Clem’s story in your hands, well, you’ll soon have that chance!

Will you be at PAX East in Boston, March 28th through 31st? Be sure to swing the Skybound Games booth to meet our team—we can reminisce on Clem’s journey in person. And you can purchase your boxed copy of The Final Season right there at the booth!

Are you ready for this chapter of The Walking Dead to come to an end or are you still holding out hope for more? Do you think that we will see more in the franchise with different characters and locations or will this truly be the end? Do you see a full box set coming with all of the seasons and DLC in one package or will they let it all lay once this season is done? Let us know what you think down in the comments and then discuss. If we have more to share for The Walking Dead: The Final Season or the IP in general, we will share it here. All you need to do is keep checking back in.