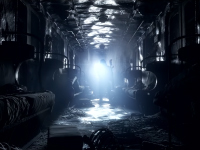 Yet another video for Metro Exodus is out there now and it looks like the traditional "here is everything you can do in the game" kind of video here. As if we did not know most of that already, we needed another update from 4A Games to get us all set up for the next two weeks of waiting we will all be going through. That is at least if you are interested and excited for Metro Exodus to hit the PS4, Xbox One, and PC on February 15th and such. If you are not, then why are you even here? Or are you trying to get all that excitement set up to head back into the wastelands of Russian after the world has ended mostly?

Whatever the case may be, the latest video dives into all of the basics of Metro Exodus and shows off more of the day/night cycle and seasons we will get to experience in the game. One sounds more dynamic than the other as the seasons sound to be more on the developer's timeline instead of just burning through days to get to them. I could be wrong, but that is how I am hearing it here. It is not much longer until we get to see for ourselves, so the speculation will be placed at rest sooner than later. Have a look and get fully up to speed on Metro Exodus as it all stands right now as Deep Silver demands.

Famed for their gripping atmosphere, intense gameplay, powerful story-telling and hauntingly realized game world, Metro 2033 and Metro: Last Light have earned their reputation as cult classics. Now, we are ready to release the long-anticipated Metro Exodus.

Five years in the making, it builds on the series’ strengths while offering players a new sensation of freedom and exploration in the wastelands of post-apocalyptic Russia. For newcomers to the series, this video explores the unique world and deep gameplay features of Metro Exodus.

Metro Exodus is an epic, story-driven first-person shooter from 4A Games that blends deadly combat and stealth with exploration and survival horror in one of the most immersive game worlds ever created. Flee the shattered ruins of dead Moscow and embark on an epic, continent-spanning journey across post-apocalyptic Russia in the greatest Metro adventure yet.

Explore the Russian wilderness in vast, non-linear levels and follow a thrilling story-line inspired by the novels of Dmitry Glukhovsky that spans an entire year through spring, summer, and autumn to the depths of nuclear winter.

Did you spy anything truly new for Metro Exodus here or was it just a quick recap of everything we have been offered leading to now? Do you think we will be able to force the seasons in the game or will it be stuck at specific events in the game? Does that kind of make the day/night cycle seem a bit moot other than changing the lighting effects in the world? Let everyone know your thoughts in the comments and then discuss. If there is more for Metro Exodus, you know we will have it here. Be sure to keep checking back in to see and hear it all.