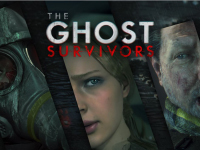 It has only been a few days since the Resident Evil 2 Remake dropped out there for the masses and it has caused some major splashes out there. All the best of ways for us and Capcom. So well that there has been the talk of other titles in the franchise getting the same treatment. That is not why we are here though as we have even more on the DLC coming to this Resident Evil 2 title on February 15th. Not that it has been confirmed to be coming all of the other markets out there, but we have some deeper details for it all. This being the specific DLC of The Ghost Survivors we had word of last week.

It was mentioned before that this DLC would be released in an episodic style and would feature a few new characters to this version of Resident Evil 2. Now we know that they will all be joining in the horror fun in terms of “what if” stories focusing on three other people who did not get turned but still are in Raccoon City. Those characters being the owner of a gun shop some may remember, the mayor's daughter, and a soldier. Nothing I have seen hide nor hair of in my play of Resident Evil 2 but distinctly remember minor things from before. Specifically, the gun shop that seemed to be skipped here. I am guessing this is why. Nonetheless, it looks like we are getting to play these stories in short order and I am overly excited for that.

The Ghost Survivors is coming as a free update to #RE2 starting February 15th!

Explore “what if” stories of three unfortunate souls who never made it out of Raccoon City: The gun shop owner, the mayor's daughter, the soldier.

In addition to all of that, Capcom has also confirmed that the 1998 versions of Leon and Claire from Resident Evil 2 will be heading to us as well. All on the same date listed above and as extra costumes we can unlock and use in the game. This could make things a little weird for those who are slow going through the game, but it will be something extra you did not have to pay for and give you that old-school Resident Evil feel to it all. There is nothing better than seeing a high definition world filled with low poly characters running around. Can you taste my sarcasm there?

Party like it’s 1998 all over again with some (extremely) vintage retro costumes for Leon and Claire, free to all Resident Evil 2 owners beginning February 15th! pic.twitter.com/JFjw7t6xbx

While both of those things are good for the future of the Resident Evil 2 Remake, we also have a few other items to look at for those who were holding out on picking the game up. We have some new gameplay to look at for the 4th Survivor mode of the game that unlocks for those who have seen the whole story. This would be where Hunk and Tofu are mixed into it all from before. Just in case you have not been scouring the internet to see this footage already, we have a little bit of it here below to show you what else the game has to offer up for us all.

Death never dies. Watch HUNK take on hordes of monsters in the minigame “4th survivor”. Do you have the skills to outwit death?

Our last bit of housekeeping we have here for the Resident Evil 2 Remake has to come along in the nice little homage to George Romero and the first version of the game. Some of you may not remember the media campaign for the first time this game dropped on us and the fact that horror director/icon made a live-action short to help promote that game. He is obviously not able to make a new version of that for the Resident Evil 2 Remake, but that did not stop the team over there from doing just that. It has absolutely no bearing on the game or anything, but is a fun little callback to the original and you can have a look at it just below.

In 1998, George A. Romero produced a trailer for the original Resident Evil 2. 21 years later, we give you a RE2 Remake live-action trailer inspired by his work!

How are you feeling about the Ghost Survivors of Resident Evil 2 now that we have more details? DO you think we are only going to get these three or could it open up more for future DLC paid or not? Will the new skins make you want to replay the whole game again or will it miss the mark by a few weeks for those who have the game now? Let us know what you are thinking down in the comments and then feel free to discuss. If there is more to update for the Resident Evil 2 Remake, we will do so here. Just be sure to keep checking back in for all of that as it flows on out.