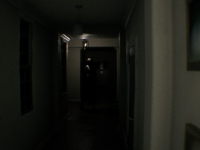 If there has been one game/demo that caused a whole lot of stir when it dropped it would have to be PT. It was nothing more than a promotional thing for another game that was canceled, but it caught the hearts and minds of so many gamers out there that it became not only an amazing PS4 experience but had others trying to recreate the whole thing. Usually these have been met swiftly with cease and desist notices being sent to whoever is doing so. That is why we are going to spread the word now that we have another entry into the phenomenon with Unreal PT so you can hopefully download it and see just what a load of passion and time can do for PC gamers who may have missed out.

As of this posting, you can still download Unreal PT and install it on your not too crazy powered PC. I have a feeling this will change at some point, but it is out there and ready for play. The creator spent nine months working on this and recreating everything from scratch, so at the very least it is worth seeing how they did. Unless you are truly brave and want to experience the whole thing in VR as well as on your PC as Unreal PT does support the whole thing n VR. Not to any room-scale style, but just a whole new way to experience almost all of the original in a new way. Only the ending is claimed to be different for a few obvious reasons.

For the past 9 months I have been working on remaking PT. Today it's finally done! Textures, models, animations, and code have been remade from scratch.

If you still are not sold on giving Unreal PT a try, you can see a quick video down below of just what to expect in the game. Having played it to completion multiple times on my PS4 I can say that it does look rather close to the same thing with a few liberties taken and changed given the time and assets. I am a bit curious to see how a few other sections have been altered as well as how the final puzzle is to be solved, but I guess that is why I should be downloading and checking out Unreal PT instead of just speculating.

Have you had enough of PT yet or do you like seeing that others are trying to recreate such an amazing horror experience that was scrapped too soon? Do you think that this one will be shut down like others have been or will it have staying power given where it is hosted? How close does it all look to the original to you and will you be giving the VR side a go? Let us all know in the comments and then feel free to discuss. If Unreal PT has any further updates or major news around it, we will cover it here. Be sure to keep stalking back in to see just how things progress.