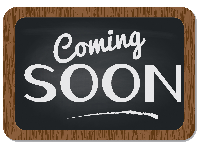 We have officially kicked off the new year and that means we have a whole new year of video games to look forward to. Not just the ones that have been announced and slated for release already, but also all of the other ones that have yet to be announced as well. There are so many possibilities it is hard to keep track of them all and we need good reminders of them. This is why I am writing all of this as it is time for a nice little recap of what we should expect in way of video games for 2019 and beyond. At least a little bit as I am sure that we all have our big ones written down and pre-ordered already. As long as we know of them already that is.

While I could go on a nice long list of all of those video games, I would rather just look to a nice little recap video that PlayStation put out there to remind us. It is a little heavier on the PS4 and PSVR exclusives, but it also mixes in a lot of those other video games that will be available for any and all other platforms out there. It just does not list the exclusives for any of those. Something that makes perfect sense. Had I the time I would have put together one that highlighted them all, but I still need time to play the damn games as well as the list is always growing.

I do want to point out that it does look like we have a few of the bigger titles listed here that kind of point to a 2019 release for them. Specifically Death Stranding and The Last Of Us Part II. They have yet to be slated with any kind of release window or day, but were slotted in there with many other video games that have solid release dates secured. This could just be a way to remind us that these AAA titles that gamers have been waiting years for are still coming, or maybe it is to list them in a way to suggest that they will be out before the end of 2019. All of which is speculation, but the best kind for all of us waiting for those video games.

Was this the nice recap you needed for all of these video games or do you have them pre-ordered already? Did you see a few in there that you had forgotten about already or did you know the whole list that we were given here? Do you think that some of these were slight nods toward the release windows of these games or just added in for extra sizzle? Tell us your thoughts down in the comments. Obviously, we will keep updating you on all of these video games and more, so be sure to stick around on the site.