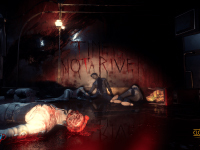 Close To The Sun

We have not had too many updates for Close To The Sun here on the site, but it is high time that we did. Especially since we are all clamoring for some gameplay and to find out just when the game is going to hit the PS4, Xbox One, and PC. Something that should be a little sooner and easier to do as Storm In A Teacup is now all partnered up with Wired Productions to do just that for Close To The Sun. A happy day indeed for those looking to see if the Unreal Grant was going to be enough or if they were going to be able to focus on making the game we have been looking for since its announcement.

While that is nice to hear and all, we all want to see Close To The Sun in motion with something to whet our whistles with as we head into 2019. If you have been following along then you know that we also have a bit of new gameplay to look at for the game here and see just how inspired the game is by other titles out there. Given the setting and story we all have been given thus far, it is easy to see the BioShock influences here, but thankfully it does not look like a clone of that game. Have a look at the new and short gameplay that we do have here for Close To The Sun and get ready to see more information dump out there in the near future.

Close To The Sun — Gameplay

Wired Productions, a leading independent video games publisher, and decorated Italian development studio, Storm In A Teacup, are today delighted to announce a new partnership to bring the narrative horror game Close To The Sun to PlayStation 4, the Xbox One family of devices, and Windows PC, in 2019.

Recipient of an Unreal Dev Grant in 2018, Close To The Sun is instantly recognisable for its breathtaking art deco aesthetic, painting a unique and alternative vision of history, and a second age of scientific enlightenment at the end of the 20th century. Prospective players will guide Rose as she sets foot aboard the Helios — a colossal and mysterious ship, created by Nikola Tesla, as a haven for scientific progress, isolated from society and the threat of corporate espionage.

Have you heard of Close To The Sun before today or is this your first time hearing about it? Do you think it will play more like BioShock when it is all done or will it just use the same themes for the story and setting but have its own solid gameplay to stand apart with? Do you think adding the publisher will make the game bigger and better or will it just mean there will be fewer delays getting it to market? Let us know what you are thinking down in the comments and then feel free to discuss. When there is more to share for Close To The Sun, it will be here. Keep a close on eye on the site for it all as we will keep a close eye for more updates.