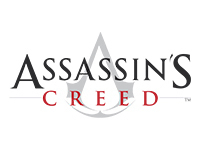 We are only just about two months out from the last Assassin’s Creed title hitting us and now we are back in the waters looking at new rumors for the franchise to come in 2019. As we all know so far, Ubisoft will be skipping this year with a new title in the franchise. This has been something that has worked extremely well for them in the past and they have loads of DLC still to come for the current title. That does not mean that they will be sitting it completely out, especially if the rumored Assassin’s Creed Compilation is actually going to be a thing for the PS4 and Xbox One. Although it could be something truly wanted for those gamers out there with a Switch.

This is the latest thing to pop up for the Assassin’s Creed franchise off of German retailer MediaMarkt's website that has since been removed. This rumored item popped up for a short bit and listed out nothing more than a name, the above-mentioned platforms, and a release date of March 29th. Nothing else was detailed out, but that does not mean that everyone just let it slip right by. As if it is an actual thing, this could be the way that those Switch players actually get to play the franchise directly on their systems and maybe how the rest of the console gamers will be able to have the entire franchise on their current gen systems.

This could also be a mislabeled thing here as we already know that Assassin’s Creed III is getting a remaster in or around March for most of the same platforms. It would seem like a bit of a stretch, but we are working with rumors here so all of the gloves can come off. Although the sound of having them all in one package is a nice thing to think about as the PS4 is still missing a version of the original Assassin’s Creed and the others have been piecemealed together for those who have been trying to keep up. Maybe having one nice collection would be a way to make sure we have them all and can go through the whole story. How are you feeling about this rumored Assassin’s Creed Compilation? Does it sound like it could have some merit or could it just be a misprint for the already announced AC3 remaster? Would you be willing to play the whole franchise on the Switch or have been doing it all on other platforms and will stick to those? Let us know down in the comments and then feel free to discuss. If there is more for the Assassin’s Creed franchise, we will have it here. Be sure to keep checking back in to see and hear it all.