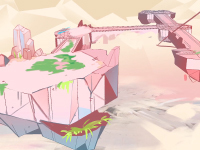 We have yet another developer diary here for Arca’s Path to take in and this time it is all about the art and music of the game. You may have already figured all of that out from the title above, but it is here for those who did not catch that just yet. It also gives us another look at just how Dream Reality Interactive has put together their style and choices for Arca’s Path to make it feel unique and stand apart from all of those other games out there. As if being on the Oculus, HTC Vive, and PS VR was not enough already, it goes that extra step further. At least that is the goal.

As you will see here, Arca’s Path does have its own uniqueness to it all and I think that the music will also aid in all of this. It has been all serine so far and it sounds like things will take a twist as we play further into the whole adventure. We are taking on the role of someone going into a simulation that is breaking down. While we do not get to hear much of that here directly, it does sound like it will be something to experience as we progress through Arca’s Path. Have a look and listen to what we have here today and be further prepared for the game to drop on December 4th.

In this developer diary, find out how much of an impact having Raffertie’s music in Arca’s Path has not only inspired the sounds but also influenced the sound design for the entire game.

What are your thoughts on the art style we have here for Arca’s Path and will it play a larger role as described here? Do you think that the game will take a darker turn as the system fails or will it keep most of its pastels from start to end? How are you feeling about the music in the game so far and are you interested to see how it is twisted along the way? Let us all know down in the comments and then feel free to discuss. When there is more to share for Arca’s Path, we will share it all here. Just be sure to keep checking back in for all of it as we press onward.