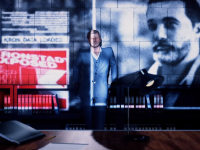 The mission briefing for Hitman 2’s First Elusive Target is here, as well as an update on how the future of Hitman may be unfolding

Well, Hitman 2 has been out for a week now and it has been another solid entry into the franchise. We took our time playing through it and have placed our thoughts up on the site, but that does not mean the IO Interactive is done with the game. It would be insane to think that after Warner Bros. took the time to pick up the Hitman IP and then funded this latest project. Not only that, but we also knew that there were going to be ongoing events and extras to keep us coming back. Just as we have here as today is the day that the first Elusive Target is let out into the game's world for us to hunt down and take out.

It is not a huge surprise as this has been mentioned so many times before the launch of Hitman 2, but here we are on the day and with a new trailer to look at to get us ready for the ever-expanding world of assassination that is this video game. Something that has been driven home given the number of options we have to tackle each thing and take down each target. Just as we can see again here in the mission briefing for the target here were we are offered a few ways to do just what is expected of us. They are not the only way in Hitman 2, but they are there to make sure we have at least a few options to go in for our one time shot to kill Sean Bean in the game.

Building on that expansion above for Hitman 2, we have a semi-update on how the future of the franchise could play out here. Those who played the last title and all of its episodes most likely already know that they can do it all again with the updated visuals and mechanics of this new version of it all. You can see that below. What you can also see and know is that it sounds like the locations and contracts we have here in Hitman 2 will not be the last of it for now. In fact, it sounds like IO Interactive has plans to keep giving us more locations in this version of the game and moving forward. That is at least how it all sounds to me. So, maybe we will have more of these little extras like above but also whole new maps to go out and take down our targets in. Have a look and see if that sounds the same to you.

Hitman 2 — The World Is Yours

With the Legacy Pack available to all Hitman season 1 players — the updated graphics, mechanics, and AI will bring about an entirely new experience.

Are you fully ready to take down this first Elusive Target in Hitman 2 or do you need more practice to be able to do it? Have you already planned it all out now that you know the map and kind of the path the target will take or will you be going with one of the offered up ideas we have here? Do you think that Warner Bros. will just have this game keep expanding over the years or will they have a whole new title in the franchise made at some point? Let us know what you are thinking down in the comments and then discuss. As we have more updates on Hitman 2, or the franchise in general, we will have them all up here. Just be sure to keep checking back in to see them all.