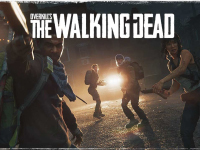 Today is the big day for all of those PC gamers out there who have been waiting for Overkill’s The Walking Dead to finally land. We have all been treated to a bit of a beta and demo of the game, as it definitely feels like Overkill put in a whole lot of time and effort in already, but now we can go fully live and own the full game. All via Steam. I am hammering this home as Overkill’s The Walking Dead will not be hitting the PS4 and Xbox One until February 6th of next year. So you will all have a bit of a wait on your hands for the console version of it all. At least that means more of the bugs will be worked out by then and maybe we will see cross-platform play of some kind. Maybe…

This is, of course, not why we have gathered you all here as it should be second hat for those will the most basic of internet search skills. We have gathered up here though to have a look at a new cinematic trailer that we have here for Overkill’s The Walking Dead that has been released due to the PC launch. Much in the ways of what we had during the earlier announcements of the game, it looks like none of it is gameplay. It does give a sense of the action, danger, and a few of the other themes going on in this title. This is The Walking Dead and it does not get by with just high action and dark horror like the game sort of suggests.

Overkill’s The Walking Dead is a four-player co-op shooter where players must band together on a variety of missions to find survivors, secure supplies and survive. Use stealth to evade enemies tactically, or dismember walkers limb from limb with brute force and firepower. Each of the game’s four playable characters has their own special abilities, skill trees, squad roles, play styles and background stories.

As part of Anderson Camp, players will team up with other survivors to confront the challenges and horrors of post-apocalyptic Washington, D.C. The first season of 10 episodes, available in full at launch, features new areas of the city to explore, unique characters and weapons to encounter, and action-packed battles to overcome. The second season of episodes will begin with the game’s first major content update later this month.

I do wish that in this new trailer for Overkill’s The Walking Dead they would have gone a bit more into the stories being told instead of the action. I know they are selling a game at the end of the day, but this is something a lot of us comic fans were looking forward to in general. I have a feeling that it is all being saved for the game proper, but it would have been nice to have something to entice us more to buy now and then buy again for the other platforms. At least something to get us back in The Walking Dead mindset that I know Overkill is going with when not running and gunning. I guess I will just hop over and play myself instead.

Are you fully ready for Overkill’s The Walking Dead to land on your system or will you be waiting until next year to play it all on your console? Do you think that we should have seen more of a story here, given the source, or was this about right to sell the game? Do you suspect you will get more of the story when you actually play it all or will it be through more scenes like this? Let us all know down in the comments and then discuss. If there is more to share for Overkill’s The Walking Dead, and we know there will be, we will have it up on the site here. Just be sure to keep coming back to see and hear all of it.