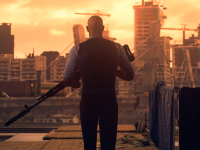 We have seen Miami and Colombia among the list of locations we will join Agent 47 in when Hitman 2 drops on November 13th for the PS4, Xbox One, and PC. That is only two of the six coming to the new game that IO Interactive has already mentioned and now we have a very short look at the other four coming too. That is if you also missed out and will not be updating your previous Hitman title to use the new software and bring those locations to this game too. It is an option, but we will focus on what is coming on the disc here for this game. Just the six that we will get with this purchase.

In the following trailer, you can see the previously announced two locations with the other four Hitman 2 locations briefly mixed in. Those locations being Hawke’s Bay, Mumbai, Vermont, and the mysterious Isle of Sgàil. While not an expansive video showing them all off as we have seen in the past, we do know now what is coming. I am guessing that we will get more on these as we creep closer to Hitman 2's release date. That is unless we are going to keep them all shrouded in mystery before the game hits us. Something I kind of hope is the case so we do not get spoiled on the game too early. It would not help Warner Bros. with marketing, but I like things to go my way more than that.

Get a deeper look at the man known as Agent 47, as well as a first glimpse at the many new exotic locations beyond Miami and Colombia that players will be able to experience when the game launches on November 13: Hawke’s Bay, Mumbai, Vermont, and the mysterious Isle of Sgàil.

What do you think of the final four locations for Hitman 2 that we have here? Was it too little to make a true opinion on it all or is it enough to whet the whistle and get you ready for November 13th when they all finally come? Do you think we will get bigger showings of the locations before launch or will this tease be what we get before then? Let us all know down in the comments and then feel free to discuss. For more on Hitman 2, be sure to keep checking back in here. We will keep all of the update and information flowing to you as best that we can.