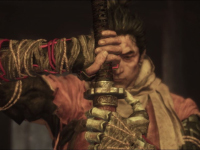 A new trailer for Sekiro: Shadows Die Twice is here to take us through a few new looks for Sekiro as well as some of the verticality we can expect

While we may have to wait a bit for this year's TGS to fully kick off, we do not need to wait to see something new for Sekiro: Shadows Die Twice that will be shown off out there. That is right; we have a new trailer to look at for this title from FromSoftware that caught a lot of attention out at E3 this year. I am guessing you figured that out as you clicked in here anyways and are most likely looking for more on Sekiro: Shadows Die Twice instead of just random tidbits like that. Unless you were and do not care what little extra we have to offer up as we wait until March 22nd for the game to hit the shelves or our respective stores for the PS4, Xbox One, and PC to buy the game. As it all usually goes and such.

Anyways, what we do get to note here for Sekiro: Shadows Die Twice is that it does look like the developer is taking a bit of a deviation from its past titles and adding a sense of verticality to the traversal and combat in the game. Something that Dark Souls and Bloodborne were not overly known for. There is not a solid word on how prominent this will be in Sekiro here, but it looks to be a solid option from the gameplay we have. I do hope we have more to go on once the official show starts up. For now, we can have a look at a game that has been impressive visually so far and hope it will bring in more to the "Souls-Like" gameplay it looks to house here.

Your death won’t come easily. Introducing Sekiro: Shadows Die Twice, a fantastical, dark and twisted new gameplay experience from developer FromSoftware, creators of Bloodborne and the Dark Souls series. Directed by Hidetaka Miyazaki, and published by Activision, Sekiro: Shadows Die Twice is a third-person, action-adventure game with RPG elements. The single-player game puts players in the protagonist role of a hard-hearted warrior whose mission is to rescue his master, a young lord who is the descendant of an ancient bloodline, and exact revenge on his arch nemesis. Set in the re-imagined world of late 1500s Sengoku Japan; a brutal, bloody period of constant life-and-death conflict, in Sekiro: Shadows Die Twice you are the “one-armed wolf,” a disgraced and disfigured warrior rescued from the brink of death.

Are you still impressed by Sekiro: Shadows Die Twice or do you need to know more for the game before making that decision? Do you think we will always get the option to use a grappling hook and vertical options in the game or will it be for specific locations and not much else? Do you think it will boil down to a Dark Souls style of game with a Japanese them around it more or less? Let us know what you are thinking down in the comments and then discuss. As we have more to share for Sekiro: Shadows Die Twice, we will add it here to the site. Just be sure to keep checking in to see it all as time presses on.