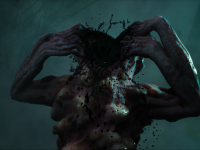 It is starting to look like Cthulhu is making a huge comeback in video games here as we have more to look at for The Sinking City as we wait for it to join the ranks on March 21st of next year. It is not like we have not heard of the game so far as Frogwares has been doing a great job at keeping us all informed, but what we have here makes it look like they are taking the mythos and giving us all what we have been looking for what it comes to these themes. The theme of sanity and darkness run deep in The Sinking City and we have a whole lot of new things to take in for the game now. All as we wait for it to finally hit the PS4, Xbox One, and PC.

First on our plate is a new cinematic trailer for The Sinking City. Normally nothing to get overly excited for as these generally do not house any gameplay and are all levels of the hype machine. What we do have here though is a lot of that, but the hype machine is rolling strong as we get a solid feeling for what the game's theme and tone will be here. Even if the visuals are not what we will see in The Sinking City, it captures what we all have been looking for and hoping for. At least on this side of the screen. Have a look and see what I am talking about here and then we will press forward with just a bit more.

The Sinking City — Death May Die

He believed he’d be able to rip loose the veil clouding his lost memories, and bring to light the horrors hiding inside, biding their time to submerge the world. At least, that’s how he saw things…

Dive into The Sinking City, an adventure and investigation game set in an open world inspired by the universe of H.P. Lovecraft, the master of Horror. The half-submerged city of Oakmont is gripped by supernatural forces. You are a private investigator and you have to uncover the truth of what has possessed the city… and the minds of its inhabitants.

Now that we have the 'sizzle' out of the way for The Sinking City, let us dive right into the actual gameplay for the game. It is all in an early stage of things, so take note there, but it looks like we are getting a fairly open world without any hand-holding to dive into the investigations. In fact, we get to see one mostly play out as we see the extra abilities and powers that our hero will have at his disposal given his history. Something I am sure we will get to see play out more in the full version of The Sinking City, but for now is just something to note as to why he can see through illusions and find objects of interest when he needs to.

There is also a look at how sanity will play out in The Sinking City here and it all looks tied to traumatic scenes and events that will play out during the game. In the gameplay here we get to see just how the real world and the one that denotes his sanity blend when he comes across a dead and mutilated dog. All of which ties back into some of the other horrors walking the streets. It is an interesting take on it all and I am excited to see how it truly plays out in the full version of The Sinking City. Color me impressed so far though.

The Sinking City — Snitches Get Stitches

The quest — titled Silence is Golden — helps to showcase a core design principle of no hand-holding / minimap marker loaded exploring and quest solving. Instead, players need to use the clues and info they have to figure out what are their next steps. It also highlights the current design of the investigation and concentration systems, the insanity mechanic and how the clue research system works.

How are you feeling about how The Sinking City is shaping up here? Do you like the tone and themes we will be exploring here or did they get a little too dark for you? How many of those intelligence tests do you think we will have to do and will they be tied to the number of investigations we have to tackle? Let us know down in the comments what you are thinking and feel free to discuss. As we have more to share for The Sinking City, we will add it to the site. Be sure to keep checking in here to see and hear it all.