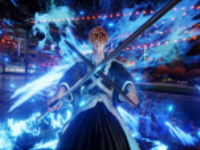 We heard, and slightly saw, that characters from Bleach were going to be joining the roster of Jump Force. Not the largest of surprises as it should be a safe bet that all IPs that Bandai Namco has under their control will be added in by Spike Chunsoft. It should also not be a huge surprise here today that we are getting these characters added into Jump Force as we had the announcement not too long ago. It was only that we had just still shots for the characters and none of the actual action that fans wanted to see here. That all changes now as we have that footage to look at now.

If you turn your gaze downward just a little bit, or scroll if the case may be, you will see the new trailer for Jump Force that shows these characters in action a little bit. I say a little bit as it is hard to even tell when they are on the screen and doing things we should get excited for. All of the other characters seem to get featured a bit more than the Bleach ones here. Maybe it is just me and how I am looking at Jump Force so far. I have not been completely sold on the title as of yet, but there is still time and better videos, trailers, and characters could pull me in. We will see. For now just look at the latest that we do have.

The Soul Reapers have arrived into our world…Prepare to harness the powers of a Shinigami when Jump Force arrives in 2019!

Were you able to catch the Bleach characters in Jump Force here or were they so limited you could hardly tell? Do you think this was on purpose or could there be something bigger going on here that we may have missed? What other characters do you think will make the final roster? Give us all of that feedback down in the comments and then feel free to discuss. For more on Jump Force, be sure to keep coming back here. We will keep the updates coming as best we can.