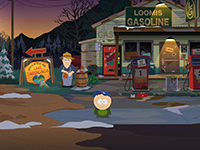 The next DLC for South Park: The Fractured But Whole now has a release date and we will be getting more of the South Park added into the mix

The next DLC for South Park: The Fractured But Whole is almost here after a fairly long wait. We have gone to Casa Bonita and taken on the Danger Room from Timmy, now Ubisoft will be sending us all off to Lake Tardicaca to join Mint-Berry Crunch in finding out what happened to a group of counselors who have gone missing. All in the usual South Park style of things and with the same cast of characters one would assume to be along for the ride here. You know, Fastpass, Doctor Timothy, and Professor Chaos among the others with the "New Kid" at the center. As if we would move on from that when diving into the DLC that was a long time coming. Thankfully July 31st is right around the corner for those who have the Season Pass or want to pick it up on its own.

In addition to the extra story for South Park: The Fractured But Whole, the Bring The Crunch DLC will also bring along another player class called the Final Girl. A new class that brings new combat tactics and traps to take down the enemies of Lake Tardicaca. After all of that, you will be able to take it back into the full game and play the core game with the new character class. There is no word that it will add much more to the core game of South Park: The Fractured But Whole so that may not be the biggest selling point for the DLC. It is a new story and more of the humor we all should love, but another reason to replay the full game again it may not be. At least until we see an MMO of the game which would be odd, to say the least.

Ubisoft and South Park Digital Studios announced that Bring the Crunch, downloadable content for South Park: The Fractured But Whole, will be available on PlayStation 4, Xbox One, Switch, and PC on July 31. From the creators of South Park, Trey Parker and Matt Stone, and developed by Ubisoft San Francisco, Bring the Crunch adds a whole new story campaign and “Final Girl” superhero class to South Park: The Fractured But Whole.

In Bring the Crunch, your newest buddy, Mint-Berry Crunch, aka Bradley Biggle, aka Gok-zarah, has just arrived from his home planet of Kokujon with the tremendous power of mint and berries. Meanwhile, an idyllic summer at Lake Tardicaca turns into a nightmare when the camp counselors go missing. With the fate of summer camp in jeopardy, Fastpass sends out a Coonstagram distress signal. Team up with FastPass, Doctor Timothy, Professor Chaos and the newest member of the Coon & Friends, Mintberry Crunch, to save summer camp.

Players will also be able to embrace the new “Final Girl” class and overcome insurmountable odds to survive. This superhero class brings new combat tactics and traps to take down spooky enemies. After saving Lake Tardicaca, players will be able to bring their new powers and buddy to the rest of their superhero adventure.

Are you still amped for more South Park: The Fractured But Whole here soon or did you set the game down after the last DLC and have not looked back? Will this get you to replay the whole game again or will you just be going through the DLC and waiting for the future again? Is it odd to have to wait as long as we had for the DLC here or was it about as long as you expected? Let us all know down in the comments and then feel free to discuss. For more on anything for South Park: The Fractured But Whole, be sure to stick around here. We will keep the updates coming as best as we can. I hope we do have more to share and reasons to fully replay the game in the near future.