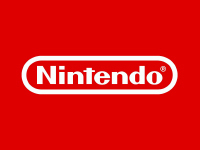 One of the staples of SDCC that I have always enjoyed has been the Nintendo lounge and it looks like it is going to be back again this year. Back again and setting up shop at the Marriott Marquis & Marina down in San Diego for fans to come out and try some of their new and old games they have out there. Super Smash Bros. and Pokémon being the big ones as usual, but there will be many others in the realm of Super Mario and the like. That and it is open to all Nintendo fans who will be down in the area with or without a badge for the convention. Another great place to kick back and relax while not trying to fight for space on the show floor. Even if it is a short walk away from the insanity.

While I have not run into it being a major issue in the past, it does look like Nintendo will be offering fans the chance to hop the line if there is one by tweeting out to them in a specific way. You will also need to be found by one of their team to be brought forth, but it is something to remember when wandering around the floor there checking out the many different titles they will have in their lounge. You can see the full list just below, of course, but it does look like we will have Just Dance, FIFA, and Donkey Kong Country out there to play with as well. Also, some new hardware for your Nintendo needs for a few titles that are still to launch.

Fans can stop by the Nintendo Gaming Lounge on Thursday, July 19 – Sunday, July 22 (Wednesday Night hours unknown, 10AM-7PM on Thursday-Saturday, and 10AM-5PM on Sunday), to partake in the festivities.

You will be able to get hands-on time with Nintendo Switch games like Super Smash Bros. Ultimate, Mario Tennis Aces, FIFA 19, and Super Mario Odyssey. Fans can also get their groove on with Just Dance 2019 from Ubisoft, featuring a special dance floor. For preview night badge holders, the fun starts on July 18. Fans will even be able to get a feel of the new Poké Ball Plus controller that will be used with Pokémon: Let’s Go, Pikachu! and Pokémon: Let’s Go, Eevee!, launching for Nintendo Switch on Nov. 16. In addition to fun games, parents and kids visiting the lounge will be able to take part in a family-friendly challenge in Donkey Kong Country: Tropical Freeze, and take memorable and shareable photos in front of a colorful backdrop inspired by Captain Toad: Treasure Tracker.

If the line for Super Smash Bros. Ultimate is long, you can tweet @NintendoAmerica with the hashtag #BringMeSmash, and one of their roaming team members might see you and give you a golden ticket to skip the line.

The lounge is open to everyone, no badge is required.

The games at the Lounge:

Is the Nintendo lounge one of the locations you have been hoping to make a return to the convention this year and will you be partaking? Have you ever had to worry about lines while at the lounge in the past or will the "golden ticket" be a needed addition to it all? Which title are you aiming to get your hands on during the show and how long will you wait to play it? Let us all know down in the comments and share everything you want about Nintendo down below. For all of the SDCC fun we will all be having, be sure to stick close to the site and watch our social media for updates. You should not be let down.