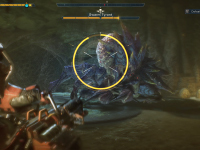 The E3 demo for Anthem has made its way online for us all to see and dig into, as there may have been things in Anthem you missed before

This year at E3, Anthem was one of the larger titles many were talking about and getting hyped up for even with as little as there had been before the show started. It is always weird to see a whole lot of hype build up with such little information before, but this is another BioWare title so I guess fans will be fans. That all said, EA had Anthem down around the show for fans to try to get some hands-on time with or just see what they were getting all hyped up about. Not everyone had a chance to play, obviously, and had to sit back and watch the bit that was out there from their main media showcase. That is, wait for it, until now…

Here we go with a full gameplay demo of Anthem straight out of E3 this year and it brings with it roughly twenty-minutes worth of the game to look at. All in the nice 4K visuals that we may can get with the game. Also in a very scripted walkthrough of the section here. You can read that as this was captured to show off the best way that Anthem could play and most likely not the typical way. That is unless you are playing with a bunch of professional gamers or part of the team that made the game. Have a look and see what you may have missed out on during E3 and be sure to keep what I said in mind.

Lead Producer Ben Irving takes us through a 20-minute Anthem gameplay demonstration, originally shown at the E3 hands-on showcase. Discover more about the traversal, combat, and teamwork on display as a team of four Freelancers complete the mission “Scars & Villainy.”

I will say that Anthem does look like a pretty game and has potential. I also have to say that it looks like the many other shooter/action games out there that put us all in the same situations and mechanics. Not to say that is specifically bad out of the gate, but it does not get those hype levels overflowing for me as it looks like a game I have played many times over. The only difference is that it looks better and has some slightly different looking maps. This is all based on just watching the videos of other people playing Anthem so things could be different once I get my hands on the game. It just does not seem to shine like a newer title can from a large developer like BioWare.

What are your thoughts on Anthem after seeing all of this? Are you hyped up as much as ever here or do you agree that it looks like many other action/shooter titles just with different visuals? Do you think I am full of it and need to take a deeper look at the basics that we have been given here? Let us all know what you are thinking down in the comments and then feel free to discuss. For more on Anthem as it comes, be sure to keep swinging back here. We will keep bringing it to you if you are still interested in it all.