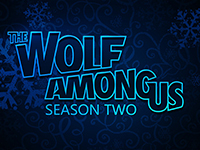 The wait is going to continue for those of us out there waiting for a second season to The Wolf Among Us. It looks like Telltale Games is going to be delaying it until 2019 instead of later this year as originally announced. All of which comes from the changes that the developer has undergone since it first announced we were going to see a second season to The Wolf Among Us. It has been about four years since the last episode came out, so what is another six months to a year before we get to see Bigsby and crew back in action? Just be sure to do some kind of recap before you try season two I guess.

This could be some really good news for The Wolf Among Us and the genre in general as many gamers have been feeling like the gameplay for these kinds of games has become stagnant. There have been some improvements over the years, but only as of late have we seen some great advancements and I hope that they are taking all of that into account to truly make the second season of The Wolf Among Us stand out in the genre as well as in terms of the story. It has been one of the best ones they have done to date in my opinion and will be glad to see the extra time put into it all.

If you would like to see the full announcement here, just look a bit lower. I see this has a great thing for The Wolf Among Us and you really should as well. Be the judge for yourself though and hopefully we will see some other kinds of updates in the near future.

We’re here with some news: The Wolf Among Us 2, based on Bill Willingham’s award-winning Fables comic book series from DC’s Vertigo imprint, will now launch in 2019, rather than the latter half of 2018. This delay comes as the result of a few fundamental changes here at Telltale since we first announced the game last summer.

Most importantly, we're committed to exploring new ways to tell our stories. Taking this extra time will allow us not only to focus on quality but also to experiment and iterate in order to craft something truly special.

Ultimately our goal is to deliver an experience deserving of the passion you’ve consistently shown for The Wolf Among Us, and these extra months will give us the time we need to do our best work. We’re extremely enthusiastic about how the game is progressing so far, and we can’t wait to dig even deeper.

Still, we know we’ve just made a long wait even longer, which is why we sincerely appreciate your patience.

How are you feeling about the delay for The Wolf Among Us that we have to endure here? Do you think it is in response to the genre of gameplay getting a bit of a shakeup recently or could it be some other reason? Do you still fully remember the events of the first season or will you need a solid recap before you even think about a second season again? Let us all know down in the comments and then feel free to discuss. When we have more to share for The Wolf Among Us in any way, we will have it here on the site. Just be sure to keep checking back in to see and hear it all.