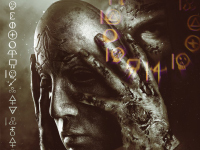 A new tease for Call Of Duty: Black Ops 4’s zombie mode is out there but this time it comes from the developer behind the next Call Of Duty title

We can mark this down under the "not surprising" category, but it looks like Treyarch is out there teasing the next Zombies Mode for Call Of Duty: Black Ops 4. We have seen this before but from the official E3 Twitter account and not from someone that Activision is paying for the game, but now it comes directly from the source. It looks like the Call Of Duty tradition is carrying on and will be in the game when it hits the PS4, Xbox One, and PC on October 12th. If you were once worried that it would not be showing up, you can now go back to resting and knowing you will be shooting more undead with the franchise.

All of this comes from another Twitter post, but from one that would be an authority on Call Of Duty: Black Ops 4. While there is no gameplay or details to go along with it, we do have a nice little teaser image to look at that is about as cryptic as the original post was in the first place. There is word that we will see more for this version of the mode in Call Of Duty here on May 17th when they hold their big "reveal" event. We can hold out hope for that there and in the meantime sit back and try to figure out what the message and symbols have to do with the mode and game in general. It should all be connected in some way, right?

So it begins…
#Zombies pic.twitter.com/XNx0w8TGcJ

Are you shocked at all by this that Call Of Duty: Black Ops 4 will keep the Zombies Mode tradition alive? Do you think that we could see a true deviation for the mode in this version of it or will it be the same gameplay with a little bit changed to fit the new game? What do you think the symbols and message truly mean or are they just a nice dressing for the image in general? Let us all discuss down in the comments and speculate away. We all know that there will be more for Call Of Duty: Black Ops 4 here soon and we will have it up on the site as soon as we can. Until then, just stick around and check out everything else for this game and many others.