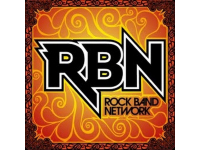 After a bit of time away, the Rock Band Network is coming back for Rock Band 4 with all of the fun tracks but with a few little caveats

Good news for those who are still entrenched in the Rock Band 4 fun and were looking to get more songs and expand into genres that are not as traditional. In a livestream recently it looks like Harmonix has let the cat out of the bag and announced that the Rock Band Network will be making its way back into the game. At least for the most recent one that has hit the PS4 and Xbox One. It would make sense that the previous versions would still be able to access the network, but for now that it all that has been confirmed. Sadly, though, this all comes with a bit of an extra price and we are not talking about getting the PC version back up and running.

For those not in the know, the Rock Band Network was a system set up that allowed for less mainstream bands and artists to get their works out there and add a bit more of enjoyment to the game. Some of the artists were, or still are, very small and others were very lesser known bands that have been around but have yet to solidly hit the mainstream. Examples, at least on my end, would be bands like GWAR and Psychostick. They have a catalog but not large enough to be part of the main DLC for Rock Band. The RBN allowed for them to put their tracks out there to gain some extra promotion as well as entertain fans of these smaller bands just a bit more.

Sadly, one of the aspects of the RBN that will hurt long-time players of Rock Band will be that you will need to repurchase the songs you have already picked up in the past, if any. This is only for the RBN and not the traditional DLC that Harmonix has placed out there. All of this is due to royalty agreements that had to be negotiated and thus requiring a new purchase. Due to this, do not expect the full catalog of songs from before to be there at the relaunch of the service on Rock Band 4. Instead, the team will be bringing the more popular songs out first, then the lesser ones, then reopening the request form so you can get other smaller bands in the game.

Are you excited to see that the RBN is coming back for Rock Band 4 or has it been so long that you do not register it anymore? How long do you think it will be to get all of the old tracks back up and running in the game or will many hit the cutting room floor? Do you think that this will reinvigorate the excitement for the title or will it be another little thing that many will skip out on? Let us all know down in the comments and then feel free to discuss. It there is more on the Rock Band franchise, we will have it up on the site here. Just keep checking back in to see any and all of it in due time.