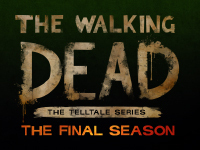 During PAX East there was a nice little panel that went into a bit more for The Walking Dead: The Final Season. Not the most hidden of information as Telltale Games made sure we all knew about it and had a chance to watch it from the comfort of our own homes if we were not able to attend the event this year. It was nice of them and definitely caught the eye of many fans of The Walking Dead out there. Unfortunately for those who could not make their way out there in general, you had to miss out on things even if you did catch most of the panel as it was streamed live. They cut away for a bit to show some new gameplay for the season and left many wondering what to expect. That is…until now…

As gamers are wont to do, someone caught the portion of the panel that was hidden from the online fans and then shared it online. At least as of the posting of this article here, we have a look at some of the new gameplay to expect in the final season of The Walking Dead. You can obviously see it below if the video is still out there, but it shows that the team has gone down the darker and grimmer path of the comics and show. At least in terms of how the world actually looks as this season picks up a considerable time after the last season of The Walking Dead and things have degraded as we could expect. Have a look below and see, but it does add in some things we have not seen in the games so far.

New footage of The Walking Dead: The Final Season.

As you can see, there is a bit more freedom coming to The Walking Dead: The Final Season in terms of movement and searching. There will also be more randomness to the walkers in the game as they will not all be scripted sequences and can pop up unexpectedly. Not in terms of making it a true horror title, but to keep the world a little more fluid and "realistic" and free-flowing. It sounds like a good change for it all, but we will see how it all plays. It would be a bit on the sadder side if Telltale Games finally made advancements to their formula again in the final season of The Walking Dead, but I will take what I can get.

Also part of the panel out at PAX East was a bit more on the new characters and the locations we will be playing in. More or less, they were all descriptions and short looks at some concept art for The Walking Dead. There will be quite a few new characters added to the roster and story for Clementine as well as a dog named Rosie. The internet being what it is, that is the one that made many fans excited but I have a feeling there will be more crying before the final season of The Walking Dead is over. We will find out when the season kicks off and the episodes start to roll out there.

What do you think about the changes The Walking Dead: The Final Season will be getting from the previous titles? Do you think it is a bit odd to do all of this with the final season of the IP here or will it be a testing ground for the team to take into other titles? What do you think of the new characters we are getting here and do you think many of them will live past episode one or two? Let us all know down in the comments and then feel free to discuss. For more on The Walking Dead in this form, just keep coming back here to see it all. There will be more and you will be glad you are fully up to speed.