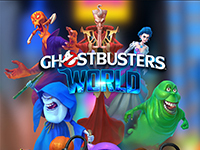 We had some great teases for Ghostbusters World to come to our mobile devices and now out of GDC we have a look at the first gameplay for the AR title. More or less, this is another attempt at the Pokémon Go! crazy but with an IP that also has a huge fanbase. Maybe not as large, but with Ghost Corp at the wheel here we should have a fun new experience to take us further into the Ghostbusters universe. It seems like it would be better used last year or if there was another major addition to the IP, but I will take what I can get. I do love me some Ghostbusters and cannot wait to see how to get further into it roam the streets with the rest of you.

While there is no release date as of yet, we do not need to wait much longer to see Ghostbusters World in action as we have the first gameplay below. For the most part, it looks like all of the other AR games out there like I mentioned, but the difference here is that we will need to use our gear to weaken the ghosts out there to be able to trap them. This includes using the classic gear and the new gear from the most recent film. All of which will be options in the final build of Ghostbusters World. I know that boosts my excitement, even more, to go out there and look a bit goofy trying not to be afraid of any ghost.

Have a look at the latest for Ghostbusters World and see what I have been trying to explain. Will it get us all out there and exploring our areas again? Maybe. Will it let us become a Ghostbuster in a cheaper and virtual way? Most definitely. Have a look now and then get ready for the game to come before the end of the year.

The recently announced Ghostbusters World, developed in collaboration between Sony Pictures Entertainment Consumer Products, Ghost Corps, and publisher FourThirtyThree Inc. (4:33), was featured today on stage during the Google Keynote at the Game Developers Conference 2018. The new gameplay video will also be on display at the Google booth on the expo floor March 21-23. Created with Maps API technology, Ghostbusters World features state-of-the-art augmented reality in the map-based game where players can suit up to patrol their neighborhoods and bust their favorite Ghostbusters ghosts!

What are your thoughts on Ghostbusters World based on the new gameplay and what it could end up being? Do you think we will always need to play in AR or will we have the option to remove that part and play the game directly? Will this get you up and out again or will it be a short fad to distract us for a short while? Let us have all those thoughts and then discuss down in the comments. As we have more to share for Ghostbusters World, we will get it out on the site. Just keep checking back in here to stay as up to date as possible.