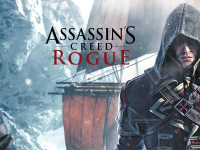 Here we go as Assassin’s Creed Rogue Remaster is launched and ready for a whole new generation of gamer to give a play. It is out today and to go along with it, Ubisoft has a new trailer for the game to help entice more of us to throw some cash at the game even though some of us may still be going through all the fun of Origins. It is always an issue in the gaming world. Here for Assassin’s Creed Rogue though, it is a new opportunity to play the game as it did have the unfortunate timing to release on the last gen systems just before the current gen systems came out. I know that is why I skipped it as Unity was there for the new PS4/Xbox One and I wanted to dive into the new hardware right away.

The other thing that we should be thankful for with Assassin’s Creed Rogue getting this remaster is that one of the bigger gripes of the first version had to be the graphics. Obviously, in this version we have those nice 4K resolution graphics out there now; or the 1080p with better framerates for the basic versions of the current gen systems. You can have a look at those upgrades between Assassin’s Creed Rogue and the remaster in the new trailer just below. Then get ready to jump in and start hunting down those assassins as the turncoat we will be.

Created by Ubisoft Sofia, the studio that developed the original Assassin’s Creed Rogue, this remaster further enriches the franchise’s current-gen catalogue, and the game will shine in 4K on PlayStation 4 Pro and Xbox One X (and run 1080p on PS4 and Xbox One).

Thanks to higher resolution, improved environment rendering, visual effects and textures, Assassin’s Creed Rogue Remastered will offer an even more beautiful and immersive gaming experience that invites fans of the series and new players alike to discover or rediscover Shay’s adventures in 18th-century North America.

Have you been waiting for Assassin’s Creed Rogue to get its remaster or did you play it when it first came out and will be skipping this one? Do you think that the graphical update will make it a successful part of the franchise or will it just be a way to get those who missed out to play it again? Do you think this will start more of the remasters to start flowing for the franchise or will this be the last one? Let us have those thoughts down in the comments and then discuss. We will be reviewing Assassin’s Creed Rogue Remaster, so be sure to check back in for that if you are still not sure if you should pick it up just yet.