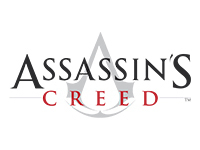 The DLC for Assassin’s Creed Origins has not even finalized rolling out and there are already rumors as to where the next title will be heading too. You have to love tinfoil way the internet works although I am sure that Ubisoft is not a fan given that it is usually their titles that are leaked out there when it comes to these things. Nonetheless, we have a new rumor for the next Assassin’s Creed title that should be coming in 2019 and it looks like the franchise will be taking us to Greece for all the fun that can hold. Even though we did get a nice little taste of it in Origins here recently.

Of course, this new rumor for Assassin’s Creed should be treated just as that and not be taken as any confirmation. According to the source over at ComicBook.com, this is the same source that informed the world of Empire that did become Origins. They also went into detail about how Origins was supposed to dive into the land of Greece but the team opted to just put the smaller bits in that we did get so that a full trip could come with their next Assassin’s Creed title. This could also have been due to the fact that a new God Of War was announced right near the beginning of production and they did not want to crossover not knowing the new Norse setting at the time.

You can see a bit of the new rumor for Assassin’s Creed just below and then see the full write-up over there. None of this is confirmed by anyone close to us and we are just passing along the information. I am sure that we will get the full announcement when Ubisoft is ready for it. Maybe at E3 this year or maybe next year seeing as they are doing the right thing by breaking the Assassin’s Creed titles up with a year in between. We will just have to wait and see.

By now, fans of the Assassin’s Creed series have become accustomed to a steady flow of leaks pre-empting the official announcements of each game in the series. It appears the next major installment in the popular franchise will be no different, as we have started to intercept the first rumors about it from several sources linked to Ubisoft. According to these rumors, the next game in the series is heading to ancient Greece.

As with any rumor, I would advise readers taking it with a pinch of salt; even one as well corroborated as this one. Having said that, the setting of Greece would chime with other murmurs I had heard from earlier on in the development of Assassin’s Creed Origins (previously codenamed Empire). In 2015, there had been suggestions from Ubisoft sources that Greece might appear in the game, but that Egypt would be the focus. Later, these same sources began to report that Greece would instead be saved for the game that would follow Origins.

What do you think about these new rumors for Assassin’s Creed that have popped up out there? Do you think that the sources that have been reported have any shred of truth behind their information or is it just the hopes of a small group of gamers out there? Would you like to go to Greece in the next title or somewhere else? Let us all know down in the comments and then feel free to discuss. Once we get something solid to report on Assassin’s Creed we will have it on the site. We will also have all of the other tidbits we can dig up. Just stick close to the site to see and experience it all.