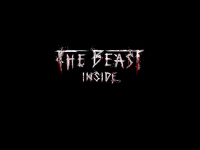 The Beast Inside just recently kicked off the Kickstarter campaign to get the game funded and brought to completion. Since it launched it has been kicking ass and taking names as it is almost at its base goal with just under a month left to go. It looks like many out there are digging what Illusion Ray has to offer and want to see it come to completion. As things are in the world though, there are many who are on the fence for The Beast Inside, as they like to see some kind of substance of a game or item before throwing their hard-earned cash at it. That is why I am guessing you are here as now there is a bit more to the game to look at and get you ready to finally pull the trigger on backing the title.

Currently there is a gameplay demo for The Beast Inside that comes with almost every level of pledge for the game. Of course, that means that you have to put your money out there in the hopes of getting to play a small slice to see if it was money well spent. You could do that, or you can take your eyes a bit lower where we have a nice long video showing off this demo for The Beast Inside from presumably start to finish. It is not the same as actually getting to play the game, but it is something there to help you see if you want to throw even the most basic of funds at the game before going "all in."

The Beast Inside — Gameplay

There’s plenty to discover in The Beast Inside, as the narrative follows Adam – a young C.I.A. cryptanalyst, who moves to a house in remote location and intends to work peacefully in seclusion to break a Soviet code, which could be the key to turning the tide of the Cold War. In the house, Adam finds the diary of Nicolas, a mysterious man living more than hundred years ago, in the Civil War era. Uncovering a terrible secret, the past comes alive and haunts Adam and his family. Their lives are at stake, but how are the events from the American Civil War connected to the Cold War reality?

Based on what we have to see here, The Beast Inside reminds me a whole lot of Layers Of Fear with the visual amazement of P.T. Both great titles on their own, indeed, but not well received by all for sure. This is just a demo of the game, so that does need to be factored in, but that is how it looks right now. The story and other horror aspects that could be mixed into The Beast Inside could make it completely stand on its own in the end is what I am getting at here. It just looks to be like many other titles we have played already so the story is what will carry it for now. Unless Illusion Ray has some other great gameplay elements not being shown off in the demo and being held for the final build.

Looking through some of the bonuses for backing the Kickstarter for The Beast Inside do make it sound like there could be some other great aspects mixed in though. We will most likely not be able to see them until somewhere near the end as they do require a lot of development time to get backers rendered into the game in the different options out there. I just hope that The Beast Inside does not run into the same issue that Friday The 13th did with backlash due to specific outside development that can make the game great, but relies on average consumers to do their part. We will see though. For now, it is time to dig deeper into the current demo out there.

How are you feeling about The Beast Inside after seeing the gameplay demo that the team has to offer? Does it make you want to throw your money at the game or are you going to stay a bit on the hesitant side until it is fully funded at the base? Do you think there will be more to it than a "haunted house walking simulator" or will it be just that with a story to help carry it along? Let us all know what you are thinking down in the comments and then feel free to discuss. As we find out more for The Beast Inside, we will bring it here to you. Just be sure to stick close to the site so you can experience it all.