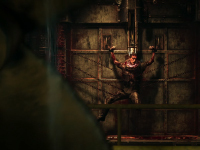 A new trailer for Call Of Duty: WWII Nazi Zombies is here and brings us a look at the next chapter of this Call Of Duty mode that is sure to chill your bones

While we all knew that the next part to Call Of Duty: WWII's Nazi Zombies was dropping on January 30th for the PS4, sorry Xbox One and PC fans, we had yet to have a good look at what we may get to experience in the new chapter. It is how all of this rolls and while Sledgehammer Games has brought so fun already with the mode, it is time for Activision to step in with those marketing bucks to get you to pick up the DLC for some extra cash. It is the same song and dance we have had for the Call Of Duty franchise thus far, so it makes perfect sense to see it again. This is not the first dog and pony show here and I know it will not be the last for the foreseeable future.

In The Darkest Shore, we see our team from before head off to more blood-soaked beaches that are filled with the undead. Their intel has told them that they may be able to find the Doktor on an island north of Germany. It left out the details on it being swarmed with Nazi Zombies apparently, but that is where we are off to so we can try and put a nail in this coffin. As we still have more chapters to go in this story, we can kind of guess that this will not be the way it all ends. Just the next step to see some old death gods and fight a whole lot more zombies. It is the new Call Of Duty way even though I think it would all stand alone as its own title rather well. At least this version.

Have a look at the latest trailer for Call Of Duty: WWII Nazi Zombies and then get ready to dive in. Or wait a bit longer. That all depends on the platform at this point but at least you can get a bit of tease before it all lands.

The Darkest Shore follows our heroes into the next chapter of their dangerous journey. Only days after the horrific disaster of Mittelburg, the crew has received intel that suggests Doktor Straub is on an island just north of Germany. Blanketed in fog, this island is surrounded by Nazi air and sea power – and crawling with the Undead. Marie, Drostan, Olivia, and Jefferson will need to battle all this and more to uncover the mysteries hidden within the Darkest Shore.

Are you fully ready to move along in the Nazi Zombie story for Call Of Duty: WWII? How have you enjoyed it so far and does this part look like it will capture you a bit more? Could we see any of the core cast "die" in the story or will they all be safe at least until the final chapter drops out there? Give us all of your thoughts and then discuss down in the comments. As we find more for Call Of Duty: WWII's DLC moving forward, we will place it all here. Here on the site that is. Just keep checking back in to see it all as it comes.