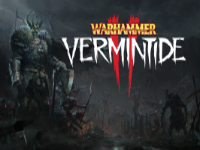 It is official now that Warhammer: Vermintide 2 will be heading to the consoles after much speculation that we would see this Warhammer game head there too

Since Warhammer: Vermintide 2 was first revealed and shown off for the PC it was heavily speculated that we would be seeing the game also on the consoles at some point. It was speculated but never confirmed from Fatshark and it seemed odd to many. Especially since Warhammer: End Times — Vermintide made the jump to the PS4 and Xbox One after a year of being released. It would just make sense to keep all of the fans happy no matter the platform they wanted to experience it on. Thankfully, now we can confirm that the game is coming to the consoles with the official word. No more speculation is needed now. Now we just wait for the first quarter of 2018 to see when the game will actually come now.

To me, it seemed like it was not worth the time to speculate on all of this for Warhammer: Vermintide 2. It made the most sense, but it is good to see that there does not look to be a huge wait between the releases like before. Even better is the fact that sometime in March or April we will be seeing a beta for Warhammer: Vermintide 2 out there to be experienced on the consoles as well. You can currently sign up for it to put even more proof in the pudding there. Good days for all of those who were worried they would be stuck for some reason. Also good days for those who want to see a few more screenshots of the game as well. Have a look below.

Vermintide 2 is a visually stunning and groundbreaking melee action game pushing the boundaries of the first person co-op genre. The game introduces the dark, bloody and twisted Chaos as an enemy faction. Other new features include 15 hero careers, new environments, talent trees and the proprietary Heroic Deeds System.

Did you really think that Warhammer: Vermintide 2 would not make the jump to the consoles at some point? Are you glad to see that they will be launching around the same time as the PC version or do you think there will be some kind of delay once we get closer? Will you be trying to get in on the beta test there or just wait for all the bugs to be worked out beforehand? Let us all know down in the comments and then discuss. For more on Warhammer: Vermintide 2, make sure to keep yourself here on the site. We will keep the information flowing out there as we get it all.