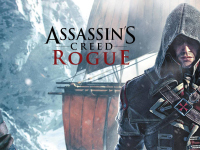 It is time to dig into some more rumors out there in the video game world and this time it is for an older title that some may have missed, Assassin’s Creed Rogue. Maybe you remember it or maybe you do not. This was one of the titles that seemed to get lost in the weird transition state we were all in during the PS4 and Xbox One launches that happened the year before. More or less, Assassin’s Creed Rogue was the last of the franchise to only hit the PS3 and Xbox 360. Now if rumors are true, we may be seeing the game make the leap over to the other systems sometime early in 2018.

For those who do not remember, Assassin’s Creed Rogue was the first title that actually placed us on the side of the Templar as we took on the role of an assassin who had turned coat. I am sure there is a lot more to it all than that, but like a good portion of gamers out there I missed out on the fun of it all as it was not on the current system I was playing with. This, of course, makes the rumor that Assassin’s Creed Rogue could be hitting these systems a bit more exciting and hopefully since listings for the game have popped up on a few Italian retailers out there. This, of course, does not confirm that the remaster is coming, but it does raise those hopes just a bit more.

As you can see in the following screen captures from a few sites, Assassin’s Creed Rogue is listed for the aforementioned platforms but could also be landing on March 15th or 18th. That does fall a bit outside of the norms for video game releases, but if this is anything to get excited for, then this could just be placeholders for their systems for now. It would make sense that Ubisoft would want to give the game another go as many did miss out on it, but for now, this is all we have to go on.

This should be taken with a grain of salt but, should it prove to be true, would you be interested in it? pic.twitter.com/7L6jSHQhgP

Do you give any credence to these new Assassin’s Creed Rogue rumors here or is this just a few sites that have had glitches? Did you have a chance to play the game back when it first launched or did you miss out due to the platform issues of the time? Would you want to give the game a try so soon after Origins just released and the DLC still to drop? Let us all know down in the comments and then feel free to discuss. If we learn more on this Assassin’s Creed Rogue rumor, we will update the site with it. Keep checking in to see it all so you do not miss out.