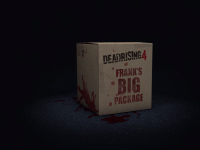 If you were feeling a bit left out of the Dead Rising 4 crowd for the last year, as you did not have an Xbox One or a decent enough PC to play the game, then you will be happy to know that it will now be hitting the PS4. Hopefully you have one of those or will be getting one before December 5th as that is when Capcom will be bringing the game to that platform as well. It only took a year and much like other titles that hit the Xbox One first, Dead Rising 4 is heading to other platforms and bringing all of its DLC with it. Yes, this is a definitive edition of the game and it will also be bringing new modes along with it. New modes that will be free for all before you start to get a little worried.

Here we have the Dead Rising 4: Frank’s Big Package edition that should have all of the bugs worked out now and no more waiting for DLC to land. Everything from Frank Rising and all of the outfits that we have seen already, on down to Super Ultra Dead Rising 4 Mini Golf will be yours for the taking if you want to pony up $49.99 USD for it all. So not only is it coming to the PS4 with all of the DLC, but it is going to be coming with a reduced cost for those who opted or had to wait for it. Not too bad of a deal as long as all of the bugs have truly been worked out and the game is in your preferences.

As for the new mode that all players of Dead Rising 4 will be getting, it is a mode called “Capcom Heroes.” In this mode, we will get to play the game with Frank not only wearing over a dozen different costumes of your favorite Capcom IPs, but also performing special moves and attacks that are inspired by said IPs. A full list of those have yet to be announced or shown, but in the following trailer you can get a feel for who and what will be coming to Dead Rising 4 on all the platforms here on December 5th. Have a look and see how many you can spot. BIG in features, BIG in content. Dead Rising 4: Frank’s Big Package provides everything that a Dead Rising fan could ever ask for. This exclusive bundle offers a generous amount of game content, with instant access to immense, over-the-top zombie action that includes:

How do you feel about Dead Rising 4 finally coming to the PS4 after a year's wait? Do you think it is something that all gamers want or is this going to upset those Xbox and PC gamers out there who had to pay more to just have the game and its DLC a little bit earlier? Which of the Capcom IPs are you hoping will make it into the new mode that is coming? Let everyone know your thoughts on this down in the comments and then discuss. For more on Dead Rising 4: Frank’s Big Package, or any other part of it for that matter, be sure to keep checking in here. We will have it all for you and you will not want to miss a thing.