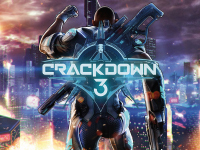 After much debate, Crackdown 3 has been delayed to address all of the issues gamers had with Crackdown 3 recently as well as add improvements

We were going so well with all of the good news in gaming and then we get hit with Crackdown 3 is on the delayed list yet again. Sadly, yes it looks like Reagent Games and Sumo Digital are going to need a lot more time to get the game out to us as it has been stated that the game is no longer hitting the November 7th release date anymore. Now we won't be seeing Crackdown 3 hitting the Xbox One and Windows PC until sometime in Spring of 2018. This could be a few months delay or a much larger one when you look at what Spring could mean. On the high end that could be as late as June of 2018; at least if we go by what it has meant for other games that have come out in the same timeline.

All of this news comes out of a recent interview that was conducted for Crackdown 3 by Polygon. You can see the except below that features the "why" the delay is happening, but more or less it looks like the heavy criticism from E3 this year has played a huge part of it all. Also, the usual "polish" excuse, but seeing that there were so many gamers out there having issues with how Crackdown 3 looked a few months ago, I am going to go on a limb and thing that it more of the reason. Which is a great thing when you think about it as that means the game will be more of what we want and less of what they think we want. We just have to deal with the delay. That and then hope that it all doesn't go the way of Scaleboud in the end.

“We’re very excited about Crackdown 3, and so are many fans, and so it’s a difficult call to move the release date,” Loftis said in an email interview with Polygon. “However, we want to make sure to deliver the right game, with the right quality, and at the right time. Crackdown 3 is a hugely ambitious game and we want to ensure we deliver the right experiences all the way through every part of the game, whether that’s campaign, co-op multiplayer or our competitive multiplayer mode, Wrecking Zone. Getting the balance right between the three modes is important, and we are going to take the extra development time to ensure that. Gamers can expect Crackdown 3 in Spring of 2018.”

“Crackdown 3 is an incredibly ambitious project that pushes the technological envelope with immersive true 4K gameplay, cloud-computing competitive multiplayer and a sprawling and futuristic open world,” Loftis said when asked about the challenges the development teams have faced over the years. “The team has been working extremely hard to deliver a great experience for fans and this extra time will help us do just that.”

“What we showed at E3 was a preview of the game, and is a great indicator of the level of mayhem and vertical platforming action you can expect from Crackdown 3,” Loftis said. “Among other items, we are taking the extra time to focus on the visual polish so gamers can feel completely immersed in a living world. We want them to really feel the larger-than life enemies as they’re exploring the expansive open world, combating crime and collecting orbs.”

How do you feel about Crackdown 3 getting such a large delay here? Do you see it being the best thing for the game or could this mean failure as we have seen with other titles that have gone this path for Xbox One? Does any of this matter to you as long as you get the best gaming experience out there? Let us all know down in the comments and then feel free to discuss away. I am sure we will have a lot more for Crackdown 3 in the coming months now that there is more riding on it and when we do, we will have it here on the site for you. Be sure to keep checking in here to see and hear all of it.