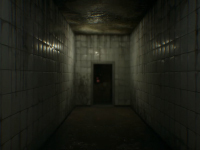 It looks like I missed out on Observer yet again at E3 this year, but it was only a miss by a little bit and I have recovered from it all. That is due to the fact that Bloober Team has released the gameplay that they were showing off out there at the expo, but also given the commentary as to what the end goal for the game is. Yes, Observer is another horror game set in a Cyberpunk setting, but it is using what they are calling Hidden Horror to drive the game forward instead of the high-action or pure gore that many other title rely on. Not that there is an issue with those titles, but this is not the game that we will see soon on the PC, PS4, and Xbox One this year. Sometime…

More or less if you've played Layer Of Fear you can get an idea on how the horror of Observer will be set up and used to interact with you. Not just in the video game kind of way, but also in the way that will have you questioning yourself on what you fear or what you consider "wrong" in the world. As they state in the following video for Observer, you are pretty much mentally raping people when you look at it and you need to see how you feel about that. Especially given the way we've been seeing the world and how it is aiming toward this dark place. Kind of at least. At least I can see how it could get here based on the current trends and just how this cyberpunk world has been crafted for us.

The team behind the cyberpunk horror game Observer, previously on Layers Of Fear, take you on a walkthrough of the E3 2017 gameplay.

If this is somehow your first time that you are learning about Observer, in the game you play a member of the titular corporate-funded, specialized police who "hack" into the minds of citizens in the world vial neural implants. You are set on this weird path after your estranged son sends you a cryptic message and then you opt to use your "power" to figure things out. The only issue is that you are going to be dealing with some of people in Observer who have some pretty twisted and warped minds and also look to use your nightmares and fears against you. Kind of like a cyberpunk version of Layers Of Fear…wait a second… None the less I am still amped to get more horror that isn't zombie-based, so bring it.

What do you think about this new sub-genre that Bloober Team is working with here for Observer? Do you think that all of this will get you more or less invested in the horror going on screen or will you still be just a passenger on this ride? Do you agree that this is a lot like their last title but placed in a new world with a different kind of story? Let us know down in the comments and then discuss. We'll have more for Observer here on the site and you'll want to keep up to date on it all. Be sure to keep checking in here for all of that and hopefully a final release date; although I am going to guess it will be in October this year.