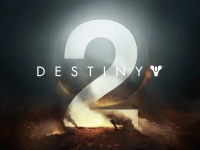 Not long after the Destiny 2 rumors of last week, it looks like Destiny 2 has been given the full announcement treatment to entice fans

Last week you may or may not have seen or heard about Destiny 2 getting possibly leaked out there via a few promotional posters showing up online. Not the first time something like that has bitten a developer in the ass, MKX, but it looks like Bungie would have been the most recent one. This of course led many to question if Destiny 2 was truly coming or it was a hoax of some sorts. Thankfully the wait has only been a few days as it looks like Activision gave the go ahead to officially announce the game is coming and then gave us all a nice little teaser image for the game.

Sadly, this is all that has been given out at the time of this posting so don't expect there to be much else to go on for Destiny 2. Even the image release doesn't give away too much outside of the fact that the game is still coming. Of course we can assume a few things about the game for now like that it will most likely be optimized for the most current of consoles. Also there could be a possibility for Destiny 2 to come to PCs, but much else is all speculation and we'll just have to sit patiently until we hear more. My guess is going to be E3 if Activision doesn't keep their presence on the smaller scale like last year.

Are you excited to see that Destiny 2 is officially coming now or did you figure it was going to be inevitable based on how the last game went? What new features do you think you'll get to see in the game or will it be more of a RPG based thing instead of shooter? Do you think that the game will make it to a broader audience given the options now? Let us know down in the comments and feel free to discuss. For more on Destiny 2 as we get it, be sure to stick right here. We'll keep all the updates flowing as we get them.