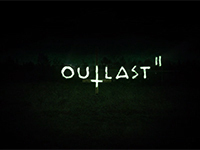 We just had the release date for Outlast 2 given out and it was assumed to be a world-wide release on April 25th for the PS4, Xbox One, and PC. Now, as it looks, the game may not be making said release date but only for those who live down in Australia where the Classification Board, think ESRB of sorts, has refused to give Red Barrels' new title even the rating of R18+. Outlast 2 is not the first game to do this, but this is the first we are hearing about it happening for this game. Maybe you remember back when The Stick Of Truth came out and the same flags were raised. Either way, it looks like it is being refused down under.

The reasons for this, of course, are linked to some of the scenes in Outlast 2 and what is pretty much a rape scene in the game for the main protagonist. For now I won't go into any further details as the direct reason looks to spoil a part of the game. For those who don't want to know all the ins and outs, pun not intended, here's a recap of the game's most recent gameplay we all had to enjoy. If you don't car for any spoilers for Outlast 2 then press right on to learn just a bit more.

Last chance to stop reading and move on before you get a few spoilers in Outlast 2. 3…2…1…SPOILER TIME!

While Outlast 2 seems to be filled with all kinds of other horrible scenes and acts being depicted, there is one here, as mentioned, that is causing all kinds of issues for the ratings board. At some point in the game the main character is forced into a scene by one of the female creatures we'll be seeing. His wife strung up in chains and an orgy of other creatures is going on all around. During the scene, Blake is forced down by said female creature while he protests. The creature then simulates sex and then, to put it a bit nicely, collects his seed in her mouth for whatever weird ritual they have going on in the scene. Given the fact that Blake is fighting against all of this it is deemed implied sexual violence and thus has caused all the issues here.

To read the full description you can hover over the box below to reveal all of the details. There are a lot more as I tried to spoil as little of the scene in Outlast 2 as I could there.

In one cut-scene in the game… a female creature prepares Blake for a ritual. She says, "I want to see your true face. Your seed will burn this world." Shortly afterwards, he objects to having psycho-active dust blown into his face, yelling, "Nope! Nope!" before he stumbles into a forest clearing.

One creature has another bent over a rock, thrusting as they implicitly have rear-entry sex, another sits astride the pelvic region of a creature prone on the ground, moving their hips rhythmically as they too implicitly have sex. Two other pairs of creatures in the clearing are also implicitly having sex.

As Blake yells for the creatures to "Get away from her!" a female creature, her greyish breasts bared, pushes him onto his back, holds his arms to the ground and repeatedly thrusts her crotch against him. As Blake protests, saying "No! Stop that!" the creature thrusts again, before placing its face over his midsection and then sitting up and wiping its mouth.

Although much of the contact between the creature and Blake is obscured, by it taking place below screen, the sexualised surroundings and aggressive behavior of the creature suggest that it is an assault which is sexual in nature. The Board is of the opinion that this, combined with Blake's objections and distress, constitutes a depiction of implied sexual violence.

In the Board's opinion, the above example constitutes a depiction of implied sexual violence and therefore cannot be accommodated within the R18+ classification category and the game is therefore Refused Classification.

This of course doesn't mean that Outlast 2 will never make its way to Australia. The rejection reasoning here was also supplied with a note that stated, "without the depiction of implied sexual violence listed above," that the game could reach its R18+ rating. That is not to say that this is the worst of it all when it comes to violence and messed up scenes, but this is the one causing all of the issues for them at this time. So all Red Barrels would have to do is edit or censor this scene, much like the Alien Probe scene in The Stick Of Truth and hopefully the game can be released down there. At least that is how I read all of this and this could just be one of many censorships that would have to go into Outlast 2 to finally get the seal of approval.

I do have to say that this scene, while sounding very fucked up, is not there for just bad taste in Outlast 2. Maybe it is my own messed up head, but I think I can understand the reasoning for it in the overall game but it is also interesting that it is the male character having the actions done to him and not the female. Again, not groundbreaking but still something I find as an interesting choice to cause the stir over. I'd also be interested to see how the team handles all of this as it sounds like a pretty big part of the story here in Outlast 2 and not something that can be jokingly covered up by a big black censored bar. It's just not that kind of game.

What is your take on all of this for Outlast 2? Does this whole scene make you not want to pick up the game or do you think it is right to have caused the refusal in the first place? Do you think that it all would have been received differently if the genders of the characters were reversed or is it truly about the "implied sexual violence?" Let us know your thoughts on all of this and more down in the comments. April 25th is not too far off and I'm interested to see how this will affect the release of Outlast 2. None the less, be sure to stay locked into the site here to keep up to date on all of it and more in the coming weeks.