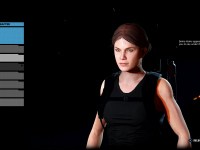 Next weekend will mark the day that the Ghost Recon Wildlands closed beta kicks off and those lucky enough to get into it will have a chance to put the multiplayer through its paces. Also they'll be able to judge to see if Ubisoft is able to still deliver the experience that we've all been waiting for or if things are getting the media razzle dazzle out there. I guess that is another good aspect of having a beta for Ghost Recon Wildlands almost a month before launch unlike other titles out there that are waiting until the last few weeks to test things out. I digress though.

I am fairly certain that while the full version of Ghost Recon Wildlands will be open from the start, I am going to guess that the beta here isn't going to be. I could be wrong but I think logic prevails here and we'll only get to experience a slice of what the game has to offer. That is why I think that we also have these new video s here to look at for the game as it is all about the end customization options we'll get in the full game as well as a look at the multiple different parts of the game's world that we will be 'liberating' or destroying as we play through the game properly on March 7th. That could be a guess…

The cartel-controlled open world of Bolivia will be receiving visitors early next month during the Closed Beta for Ghost Recon Wildlands. From February 3-6, aspiring Ghosts and their co-op partners will infiltrate the province of Itacua where they can work towards dismantling the Santa Blanca cartel in any way they choose. Players will be able to travel solo or team up with up to three friends in co-op as they take advantage of the wide variety of vehicles, weapons, and equipment available to the Ghosts.

In addition to all of this, it looks like we also have a look at what the pre-order mission for Ghost Recon Wildlands will also include in the following little trailer. For the most part it looks just like more of the gameplay but given that we have yet to experience the story and world to see how this build on all of that, we can just take it as another video from Ubisoft to help push the title a little more. Although it does look like it is a bit more explosive on everything at the end of the day, but this could just be how all of Ghost Recon Wildlands really plays out and we'll only see here on February 3rd.

Are you excited to get in on the Ghost Recon Wildlands beta next week or will you be left waiting? Do you think that all of the options will be open as they have said or will there be some that need to be unlocked during gameplay? Do you think that the pre-order mission looks like something that is truly enticing or does it look like just another part of the game? Let us know down in the comments and then feel free to discuss. As more on Ghost Recon Wildlands is released or revealed we will have it here on the site. Be sure to keep checking back in so you are able to keep and see it all in motion.