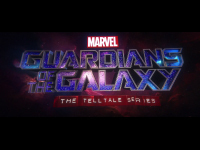 It looks like we may have a timeline for when to expect Guardians Of The Galaxy to release; or at least the first episode of the season. It looks like there was yet another screw up over at GameStop and the release date for Telltale Games' physical version of the series popped up online. Given how they usually run their releases for digital and physical versions, we may be seeing Guardians Of The Galaxy landing sometime in late March or early April for the digital release as the physical version was listed as April 25th on the site before being pulled back down and hidden again. None the less, the screw-up happened and it was caught by many and us included so we may have a timeline to look forward to now.

As I said, as of this posting the date has been pulled but we managed to pull a screenshot of it as well as the description for the story of Guardians Of The Galaxy before all that. Here's a look at what was out there before being corrected. Marvel’s Guardians Of The Galaxy: The Telltale Series delivers a brand new story of the universe’s unlikeliest heroes, the rag-tag band of outlaws who go by the names Star-Lord, Gamora, Drax, Rocket, and Groot. In the wake of an epic battle, the Guardians discover an artifact of unspeakable power. Each of the Guardians has a reason to desire this relic, as does a ruthless enemy who is the last of her kind, and who will stop at nothing to tear it from their hands. From Earth to the Milano to Knowhere and beyond, and set to the beat of awesome music, this five-part episodic series puts you in the rocket-powered boots of Star-Lord in an original Guardians adventure, told in the unique and award-winning Telltale style, where your decisions and actions will drive the path of the story you experience.

This of course makes perfect sense to me for the release of Guardians Of The Galaxy from Telltale. If they planned it all correctly and had it all set up this way then we could possibly see the first two episodes of the game just before Marvel releases the new film in theaters on May 5th. It would make for perfect cross-promotion and help bolster sales greatly. Although given how well Telltale Games has done with many of their titles I don't think it is really anything that would be truly needed as the work really does stand for itself. It will just make for a great time for Guardians Of The Galaxy fans if nothing more.

Of course, this is not confirmed by Telltale in any way as of this posting so this could have been just a placeholder for the physical version of Guardians Of The Galaxy and nothing more. It seems like a pretty specific date to be given as the usual placeholders we see are just a random end day in the month and this was a specific Tuesday in April. All of this could just be an even bigger mistake and not actually anything but I figured you would all want to know so you could possibly get even more excited for Guardians Of The Galaxy than you may already be. If nothing else, then here's the teaser trailer yet again to get the blood boiling for this impending release.

Guardians Of The Galaxy — Official Teaser

Do you think that this is going to be the official release date for Guardians Of The Galaxy or is it all just some huge mix-up that never should have happened? Do you think we could see the first episode as soon as March given that The Walking Dead just did something similar with the digital being released in December and the physical in February? Does it make even more sense to have it release just before Marvel's next big film? Let us know what you are thinking and feel free to discuss down in the comments. For more on Guardians Of The Galaxy and hopefully a solid release date, be sure to stick around here. We'll keep all of the information zooming right to you.