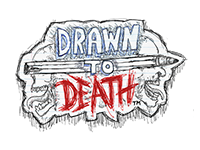 Hopefully by now you've had a chance to give Drawn To Death a play through the Limited Access that took place a little while back or at the many different conventions it has been on display at. It's been going through a great evolution since the F2P battle arena game first was shown on the PS4 back at the first PSX but it looks like Bartlet Jones took all the feedback as they promised too and have crafted the game more and more to what we all wanted to see. It looks like there is still some time until Drawn To Death comes to our systems though but that doesn't mean we have to be left wondering what will be coming with it all when it does. Now we have a solid list of launch content to look at.

Over the weekend it looks like we had a nice little update for Drawn To Death over on the PS Blog where the details were laid out. While a launch date would have been nice, it looks like pretty much everything we've played with in the Limited Access will be making its way in as well as a few more extras that some of us had yet to hear about. It's always nice when that happens. Even more so when these things turn out to be brand new systems for Drawn To Death and not just more character skins or weapon skins that are the usual fare when it comes to these kinds of announcements. Have a look at the list for yourself and see if you are going to be ready for Drawn To Death when it lands. Drawn To Death launches with 7 completely unique levels. Here are 3 of those levels that have been confirmed.

Drawn To Death launches with 26 weapons, some unlocked at the start, some that you must fight to earn. And just like all of the game’s characters, all of the weapons in your arsenal are designed to be balanced, each with its own pro and con, guaranteeing there are no overall “best” weapons, only weapons that are best for you! You may have noticed, as I know I did, that some of the lists here are missing things that we have already seen in Drawn To Death's Limited Access. I'm going to hope this is on the side to help save space and not listing every little tidbit out there just yet. I mean, there were at least two other levels that I've played in and thought they were production ready back in their "beta" form but they are not listed here. That still leaves three more levels that either have yet to have been seen or the "Sketch" levels are being included in the mix here. That of course could be the case as while they are not as robust or filled as other levels, the Sketch levels of Drawn To Death still count as a playable level of sorts. Although I'm going to hope that they are not counted in the total as I do love the full levels way more than these quick ones.

I am a bit curious, as I am sure the rest of you are as well, on what the two new systems for Drawn To Death will actually give us here. As Bartlet Jones has not listed them as game mode in any way I am curious to see if they will be other ways to earn the in-game currency or just fun little distractions from when you don't want to hop in the fray. Sphynx sounds like it could be a trivia type of thing but I'm sure that just like the riddles the beast once told, the finer details are going to be held off on until it is time to give us a solid release date for Drawn To Death. Something that I feel will be coming up extremely soon. At least that is the hope.

Are you glad to see all of this coming to Drawn To Death on day one or were you hoping for more? Do you think that the 7 levels listed here will be full levels or a mix of both full levels and sketches? What do you think the new systems will bring to the game and how will they work? Let us know all of your thoughts down in the comments and feel free to discuss. As Drawn To Death is very near to our hearts over here, you can bet we will keep the updates coming. Be sure to stick around right here to make sure you are able to get them all as we get closer to the game's official launch.